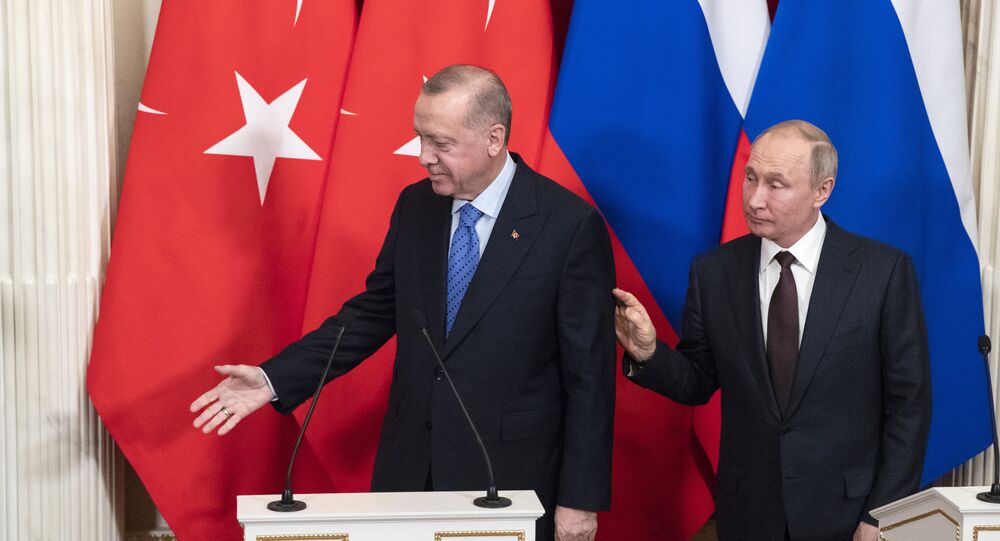 UNITED NATIONS (Sputnik) - UN Secretary-General Antonio Guterres hopes that the Moscow-Ankara agreement to deescalate tensions in Syria’s Idlib will result in a lasting ceasefire in the province, UN spokesperson Stephane Dujarric said in a statement.

"The Secretary-General hopes that this agreement will lead to an immediate and lasting cessation of hostilities that ensures the protection of civilians in northwest Syria, who have already endured enormous suffering", Dujarric said on Thursday.

As a result of six-hour-long talks in Moscow, Russian President Vladimir Putin and Turkish President Recep Tayyip Erdogan have agreed on a ceasefire in Idlib, which will start at midnight.

The Turkish government launched 'Operation Spring Shield' last week after Syrian Army attacks on terrorist positions killed dozens of Turkish troops in Idlib. According to Moscow, the Turkish soldiers were operating amongst al-Nusra* militants. Ankara later claimed its army had "neutralised" up to 300 Syrian soldiers.