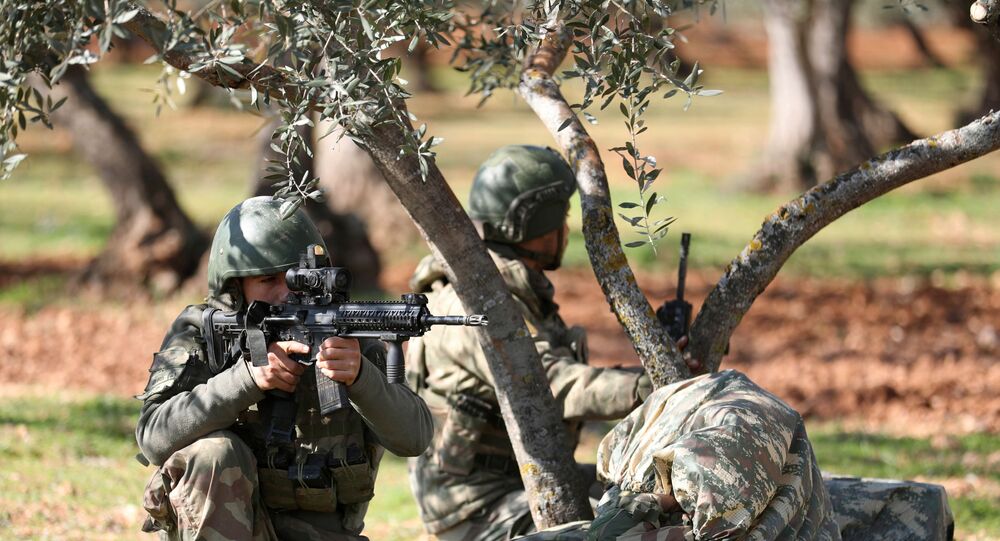 Previously, Russian President Vladimir Putin and his Turkish counterpart Recep Tayyip Erdogan announced that they have negotiated a preliminary agreement to settle the ongoing conflict in the Idlib province.

Earlier in the day, the Ministry said its Operation Spring Shield in Idlib had led to the killing of 184 Syrian soldiers, the destruction of four tanks, five artillery guns, three anti-tank guns, eight military vehicles, two dock loaded vehicles and two armored combat vehicles over the past 24 hours.

"As a result of the shelling of our forces by the Syrian regime in the area of Operation Spring Shield, two of our military comrades were killed. Three others were injured. Retaliatory fire is being directed at regime positions in that region", the Ministry said in a statement.

Previously, the Syrian army repelled terrorist attacks in the area of Dadikh village, located along the M5 highway connecting Damascus and Aleppo. There was also fighting in Saraqib's western and north-western outskirts.

The two Turkish soldiers were killed just hours before the ceasefire negotiated between Russia and Turkey was due to enter into force.

The Turkish government launched 'Operation Spring Shield' last week after Syrian Army attacks on terrorist positions killed dozens of Turkish troops in Idlib. According to Moscow, the Turkish soldiers were operating amongst al-Nusra* militants. Ankara later claimed its army had "neutralised" up to 300 Syrian soldiers.