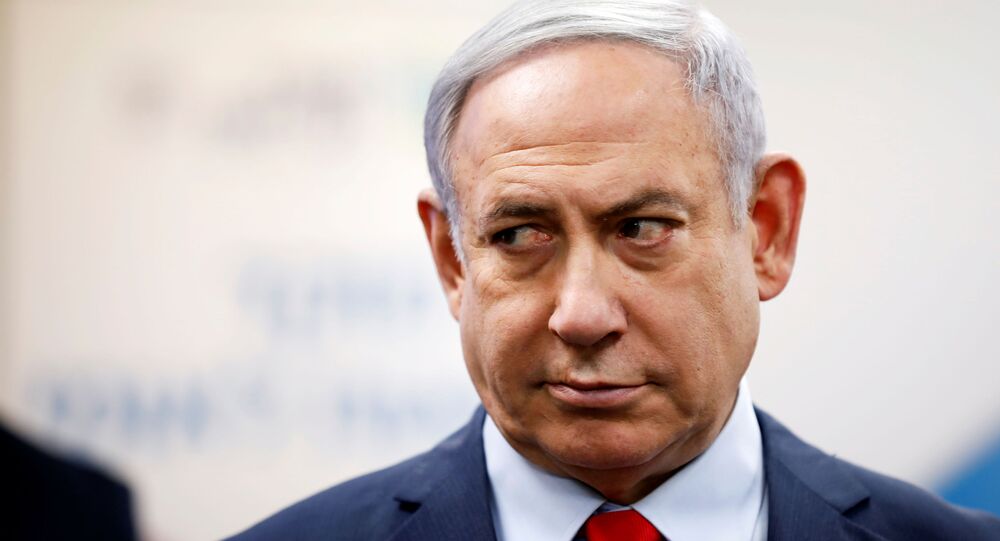 The Movement for Quality Government has petitioned Israel’s High Court of Justice, arguing that Israeli Prime Minister should be barred from forming a government as he faces several counts related to corruption charges.

As the Israeli prime minister celebrates his tentative “sweet” victory in the country’s third general election within less than a year, more issues may pop up for the leader after the Movement for Quality Government filed a petition Tuesday with Israel’s Supreme Court.

The advocacy group argued that the prime minister, who has been “launching direct and harmful attacks against the components of Israeli democracy,” should be prevented from forming a government as he faces criminal, corruption-related charges.

“A person accused of criminal charges, in particular serious charges such as bribery, fraud and breach of trust, cannot be seen as fit to take upon himself the role of forming a government,” the Movement for Quality Government said in a statement obtained by The Times of Israel.

Minister of Public Security Gilad Erdan (Likud) responded to news of the filing in a Tuesday tweet, calling the move a “shameful petition” against a clear decision made by the people.

“I am sure there will be more than 60 Knesset members to form a government headed by Netanyahu and to enact legislation, if necessary, clarifying the law that just as someone indicted can serve as prime minister, they can also form a government,” his tweet read, as translated by Hamodia.

At the time of publication, Netanyahu’s right-wing bloc has secured 59 out of the 61 seats necessary to form a government.

“It is inconceivable for a prime minister to spend the morning in court as an accused, and in the evening preside over the security cabinet,” Eliad Shraga, chairman of the advocacy group told The Times of Israel.

“The Supreme Court must intervene and determine acceptable norms. A person like that cannot run the state of Israel when he undermines the very ground the state and its institutions stand on. Such a person cannot serve as a leader and a role model, and cannot serve as prime minister.”

Divided We Stand: Israel's Tweeps Embrace Netanyahu's Victory But Many Still Want Him Out