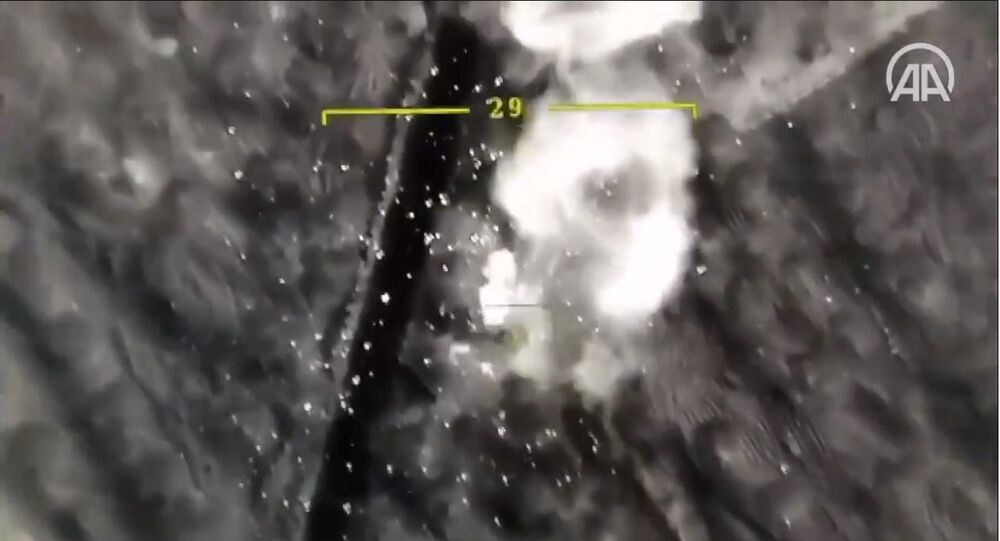 The situation in Syria’s northwestern province of Idlib worsened sharply on Thursday, after 33 Turkish soldiers were killed in an airstrike.

​A caption under the video reads that Turkish attacks over a 17-day span resulted in the elimination of 55 Syrian tanks, 39 vehicles, 29 howitzers, as well as three helicopters. The caption also asserts that Turkish forces killed 1,700 Syrian troops.

On Thursday, Rahmi Dogan, the governor of the Hatay province that borders northern Syria, announced that a Syrian airstrike resulted in the death of 33 Turkish troops, and said that Ankara will respond in a tit-for-tat response. The latest spike in fatal skirmishes follows several weeks of tensions triggered by attacks by Turkish-backed militants against the Syrian army.