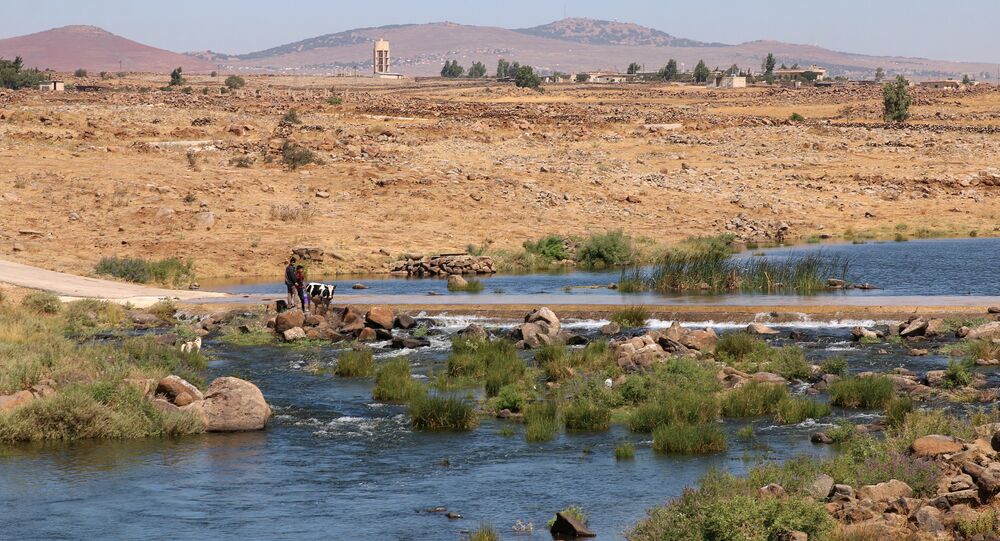 Israel recently carried air raids into Syrian territory, hitting positions of various groups that Tel Aviv has deemed to be hostile to the Jewish state.

The Syrian state-run news agency Sana reported that Israeli helicopters attacked positions of the government force in Quneitra province from the airspace of Israeli-controlled Golan Heights. The missile attacks were reportedly launched against Syrian military assets in al-Qahtaniyah, al-Hurria, and al Qunaitra.

Three Syrian soldiers were wounded in the attack, according to the Sana report.

The Israel Defense Forces (IDF) has refused to comment on the report.

Syrian authorities have reported numerous air raids carried out by Israel on the territory of the Arab republic, with IDF taking responsibility for several.

The last reported attack occurred on 27 February, when an Israeli UAV hit the Quneitra governorate in the Syrian part of the Golan Heights, killing a civilian.

Days before, Syrian air defenses repelled an air attack near Damascus. The Israeli Defence Forces later claimed responsibility for the strikes, claiming that they were targeting positions of the Islamic jihad group in Syria.

Israel claims that it only targets groups hostile to the Jewish state, specifically, Iranian forces alleged to be present in the country.

Tehran has claimed that only military advisers have been provided, not regular forces, to Syria, to help the legitimate government fight terrorism.