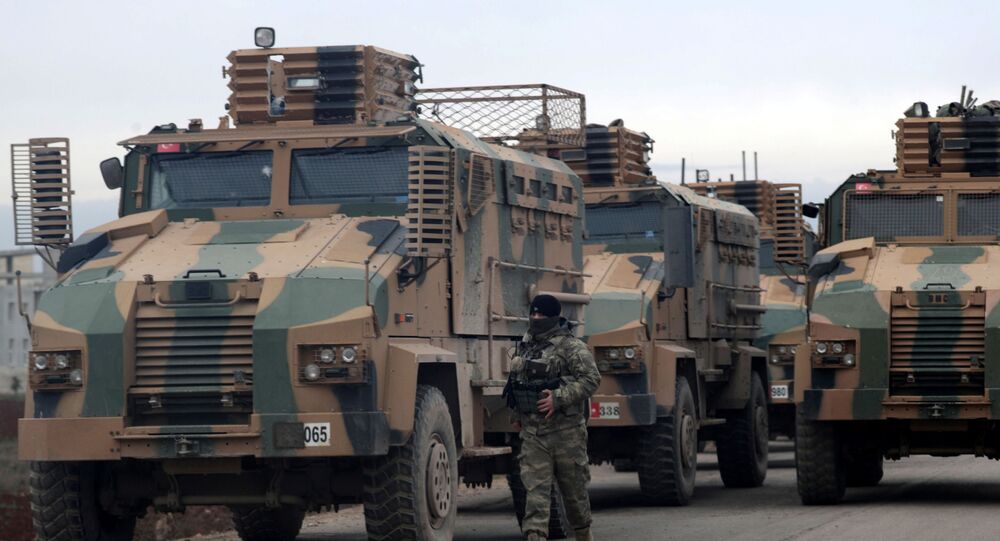 Turkish President Recep Tayyip Erdogan previously warned that Ankara wouldn't take the "smallest step back" in Idlib and stated that Turkey is "not a guest in [the] region, but its master".

Spokesman for Turkey's ruling Justice and Development Party (JDP), Omer Celik, has warned that if the Syrian Army does not return to the demilitarised lines in Idlib Province set by the Sochi agreements, Turkish forces will act.

"Our staunch stance on Idlib remains unchanged. We have completed all preparations. When the time given to [Damascus] to withdraw to pre-determined lines expires, the Turkish Armed Forces will do what is necessary. Nobody should question Turkey's determination about this issue", Omer Celik said.

The JDP's spokesman comments come hot on the heels of reports of Turkey redeploying tanks from across the country towards the border with Syria for their subsequent transfer to the Arab Republic's Idlib Province.

Turkish President Recep Tayyip Erdogan has stated that Ankara wouldn't take the "smallest step back" in Idlib and demanded Syrian troops to withdraw from the vicinity of the country’s observation posts in the region.

Erdogan also noted that he is going to discuss the Idlib issue with Russian President Vladimir Putin and US President Donald Trump. He even went so far as to ask to purchase Patriot missile air defence systems from the latter. Moscow, for its part, said that no meetings between Erdogan and Putin have been scheduled so far.

Tensions have escalated between Ankara and Damascus since Syrian forces started to push Idlib militants in response to their attacks on the army's positions and violations of the ceasefire regime. Some of these attacks even occurred with the support of Turkish artillery fire, according to the Russian Defence Ministry.

Turkey has repeatedly accused Syria and Russia of violating the Sochi agreements and demilitarisation lines established by them. Moscow, in turn, slammed Ankara for not meeting its end of the bargain by failing to separate Idlib terrorist groups from moderate opposition forces.