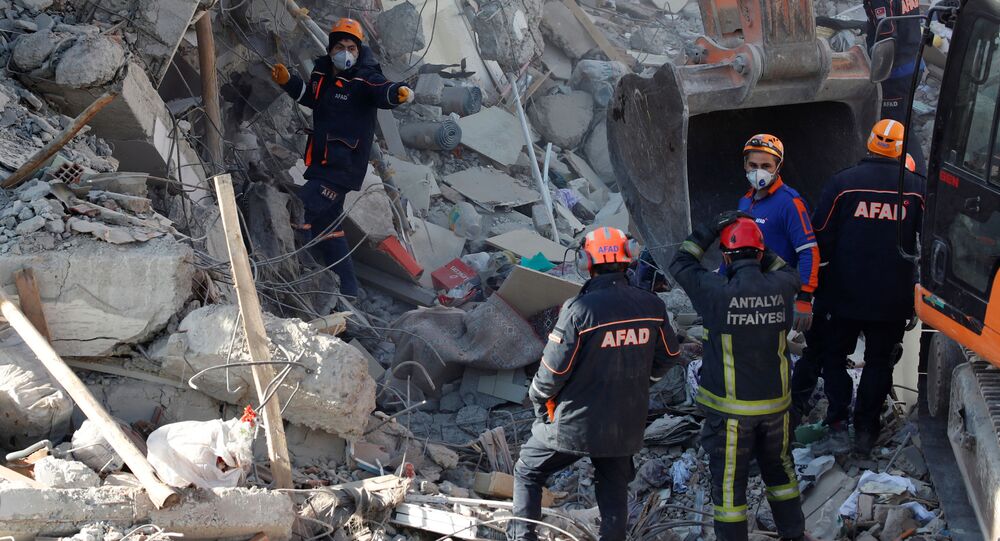 Turkish Minister of the Interior Süleyman Soylu stated on Sunday that at least eight people, including three children, have died in Van Province following a 5.7 magnitude earthquake on the border between Iran and Turkey.

According to the senior official, five people have been sent to a hospital, while others are believed to be stuck under the rubble.

© AP Photo / Irwin Fedriansyah
5.2-Magnitude Earthquake Hits Western Turkey - AFAD
According to the latest data, almost 50 people were hurt in Turkey and Iran following the earthquake. Iranian authorities said at least 25 people sustained injuries, such as bone fractures, according to the Fars news agency. Villages were razed or partially destroyed in the West Azerbaijan province.

A number of Turkish provinces are situated in seismically active regions. One of the latest strong earthquakes hit the country's Elazig Province in late January, killing 40 people.