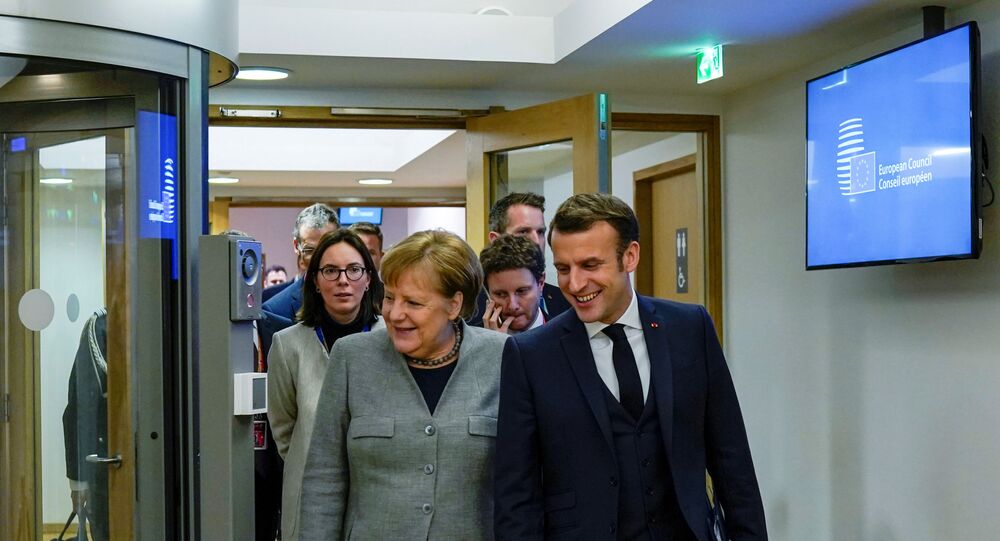 BRUSSELS (Sputnik) – French President Emmanuel Macron said he and German Chancellor Angela Merkel were calling on parties to the Syrian conflict to respect the ceasefire in the province of Idlib amid the ongoing escalation of tensions in the region.

“We believe that this situation could be settled only via a call for an immediate cessation of hostilities”, Macron said at a press conference in Brussels on late Friday.

He described the situation in Idlib as dangerous, adding that the current hostilities may result in a further uncontrolled escalation of violence.

“We know that today Idlib is facing a humanitarian disaster amid the ongoing offensive of the forces loyal to the Syrian regime, backed by Russia”, the French leader said, adding that the hostilities left some hospitals and offices of non-governmental organizations ruined.

On Thursday, the Russian Defence Ministry said that militants supported by Turkish artillery had breached the defence positions of the Syrian army near the villages of Qmenas and Nerab in Idlib. Russia's Su-24 jet opened fire at the militants, helping the Syrian troops to repel the advancing fighters. The Turkish Defence Ministry later reported that two Turkish soldiers had been killed and five injured in an air attack in Idlib, adding that over 50 Syrians had been killed as a result of return fire.