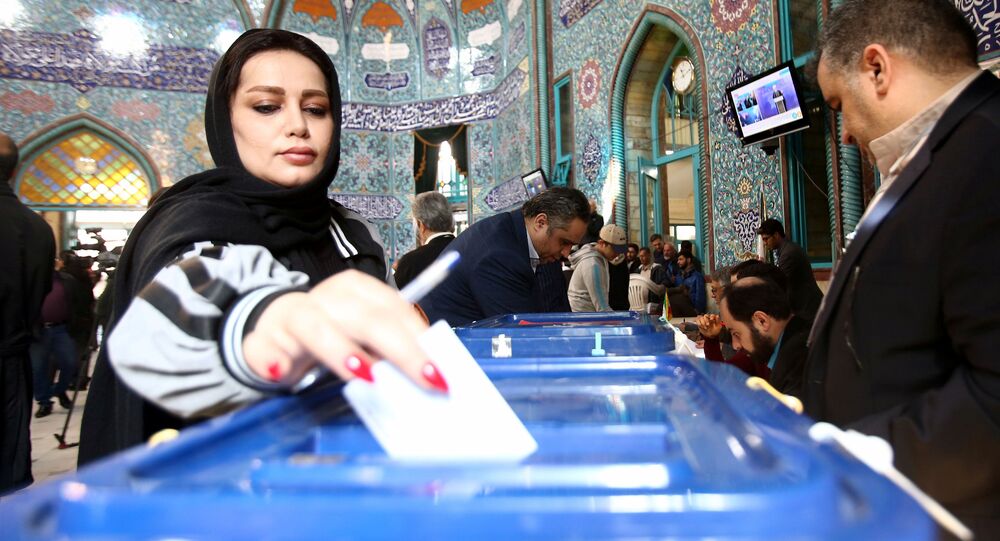 On Thursday, the United States punished five Iranian individuals with sanctions for allegedly impeding a fair parliamentary election in Iran. The designated officials purportedly denied 7,000 candidates the right to participate in the elections, including around 90 sitting lawmakers.

The US sanctions on Iran over the Islamic Consultative Assembly election are useless and demonstrate that the pressure policy is failing, the Iranian Foreign Ministry said on Friday.

According to Abbas Mousavi, the spokesman for the Ministry of Foreign Affairs, the restrictive measures by Washington are 'insane'. He called on the United States to abandon the 'language of sanctions' in relation to Tehran.

US Special Representative for Iran Brian Hook previously alleged that the Iranian vote is staged, claiming that the actual vote had already taken place 'in the shadows'.

The diplomat accused the five individuals sanctioned by the United States of 'denying the Iranian people access to a fair and free parliamentary election'.

© REUTERS / Official Presidential Website
Rouhani Says Iran Will Only Negotiate With US if Washington Returns to Nuclear Deal, Lifts Sanctions

Iranians are casting their votes to elect legislators for their unicameral parliament. Over seven thousand candidates approved by the Guardian Council are competing for 290 seats in the assembly.

On Thursday, Washington imposed sanctions on five Iranian individuals for “denying their countrymen free elections” by vetting scores of candidates in the vote.

Washington has slapped Tehran with a series of sanctions targeting Iranian individuals, companies, the state, and the country's banking and energy sectors.

Iran has repeatedly condemned the US restrictions, adding that the Iranian economy has found ways to resist sanctions pressure.