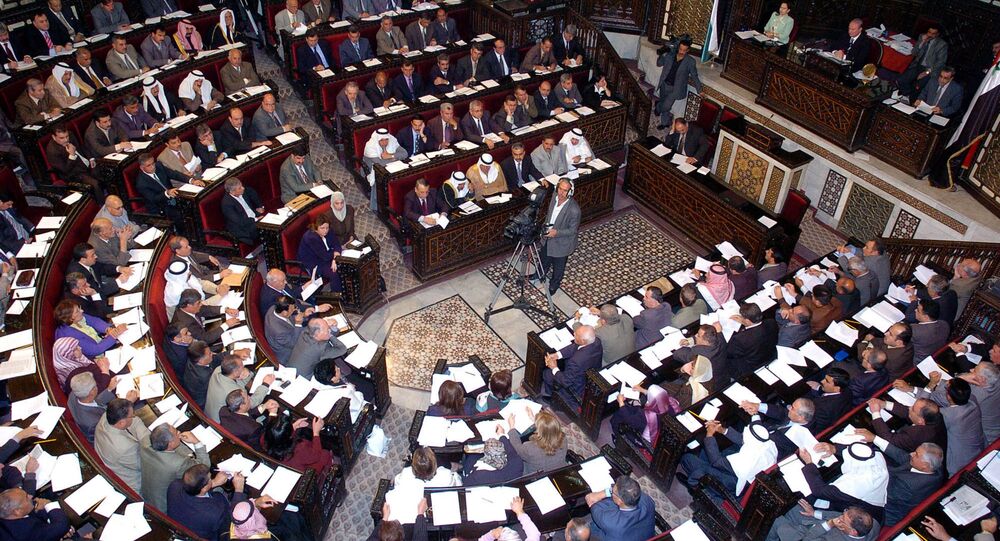 The overwhelmingly symbolic move comes in the wake of a serious deteriorated situation in northwestern Syria, where Turkish and Syrian troops have been trading fire in the rebel-held province of Idlib.

The People’s Council of Syria, the nation’s unicameral parliament, has backed a resolution condemning the mass killings of Armenians by the Ottoman Turks during WWI as genocide.

They expressed sympathy for the Armenian people and recognised what they called the “systematic ethnic cleansing and massacre” of Armenians, Syrians and Assyrians by the Ottoman Empire, calling on the international community to condemn it as well.

Hours after the announcement, Turkey moved to condemn the decision, accusing Damascus of the persecution of its own citizens.

"This is a picture of hypocrisy on the part of a regime which has for years committed any kind of massacre on its own people... which has displaced millions and which is well known for its use of chemical weapons," the foreign ministry said in a statement.

According to the most widely-cited estimate, some 1.5 million Armenians were killed and many more deported from the Ottoman Empire between 1915 and 1923 in what many scholars say amounts to a genocide. So far, 32 countries have formally recognised what happened at the time as a genocide. Turkey acknowledges that mass killings of Armenians took place during World War I and in the following years, but disputes the death toll and rejects the term.

The resolution was passed at a time when Syrian and Turkish government forces have found themselves on a collision course in Idlib, the last Syrian militant enclave outside of Bashar al-Assad’s control, currently held by the jihadist terror group Hay’at Tahrir al-Sham, the local branch of al-Qaeda.

While troops loyal to President al-Assad and backed by Russia are advancing on the positions of terrorists, Turkey deployed its troops to Idlib, ostensibly to protect civilians and prevent an exodus of refugees.

Syria has accused Turkey of supporting and arming terrorists in Idlib and condemned its military presence in the province as illegal.

Turkey’s defence ministry said on Monday that it had shelled Syrian positions and killed 101 government troops in retaliation for the killing of five Turkish soldiers by Syrian army artillery fire. Last week, Ankara reported killing another 76 Syrian servicemen in response to an artillery strike that left five Turkish troops dead.

Russia, the main power broker in the region, blamed Turkey for the flare-up and accused it of failing to meet its commitments under the 2018 Sochi agreements, which envisaged a buffer zone in Idlib.