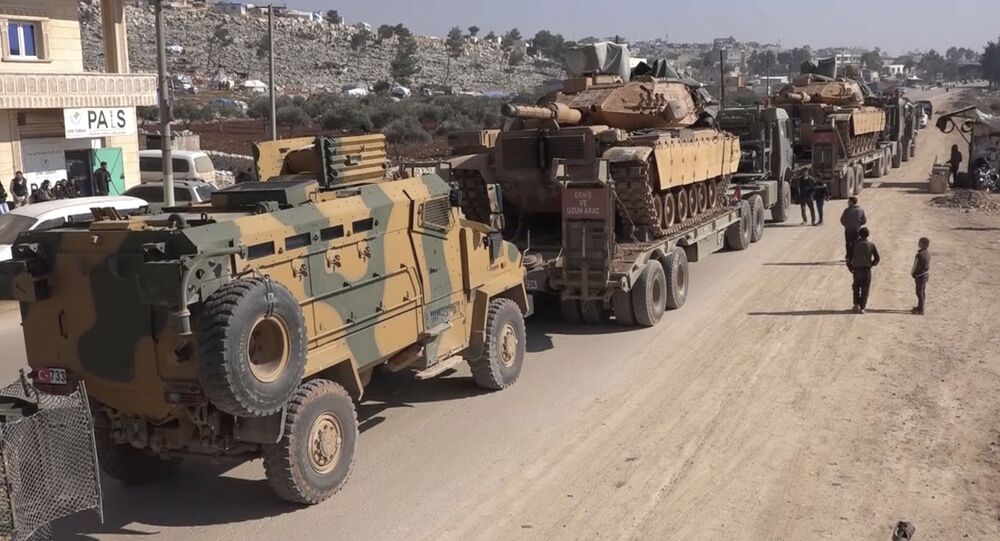 Earlier, Turkey sent its special forces to reinforce its observation posts in the Syrian province of Idlib, amid rising tensions in the de-escalation zone.

Turkish forces have reportedly built a base in Syria’s Idlib province with an army convoy that has arrived at the installation.

According to the online newspaper Arabi 21, the base has been built at Taftanaz Air Base, which is 2.7 kilometres south of the Syrian town of Taftanaz.

Earlier, a convoy of 150 trucks carrying Turkish special forces troops, military equipment and ammunition reached the Turkey-Syria border in the province of Hatay.

Turkish President Recep Tayyip Erdogan said on Wednesday that he had asked Russian President Vladimir Putin to pressure Syrian President Bashar Assad into withdrawing troops from the borders of the de-escalation zone and preventing attacks on Turkish forces in the region.

Idlib is one of four de-escalation zones created in Syria by Russia, Iran and Turkey during talks in May 2017. The province is one of the remaining militant strongholds in the country, as pockets of the region are controlled by the Hayat Tahrir al-Sham* terrorist group.

*Hayat Tahrir al-Sham is a terrorist group banned in Russia