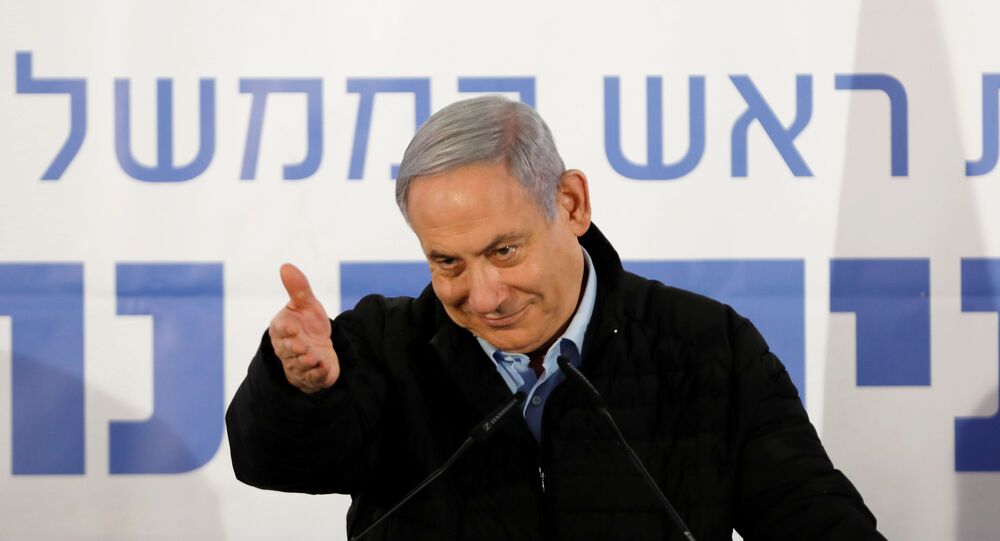 Mortar and missile fire from the Gaza Strip intensified weeks ahead of the publication of Donald Trump's "deal of the century" peace plan, which was vehemently rejected not only by the Palestinian Authority, but also by the Hamas movement, controlling the Strip.

Israeli Prime Minister Benjamin Netanyahu has cautioned Hamas against launching any more of their rockets from Gaza towards Israel, promising to unleash a totally new method of fighting the movement otherwise. He failed to elaborate or even give a hint of what it could entail.

"I don’t rush to war. I don’t puff out my chest, bang drums and blow trumpets. But we’re preparing for Hamas the surprise of their lives. I won’t say what it is, but it will be different from anything that came before", Netanyahu stated.

The prime minister added during his speech that "it’s only a matter of time" before Israel will be able to deploy this "surprise", if Hamas doesn't "come to their senses". It appeared though as if the movement turned a blind eye to Netanyahu's threats as another rocket was fired from the Gaza Strip minutes after the prime minister finished his speech.

Israeli Defence Minister Naftali Bennett issued similar threats on 9 February, warning that the IDF can take "lethal action" against Hamas if it doesn't change its "behaviour", while adding that the response will be "different" from previous steps by Tel Aviv.

Hamas intensified its rocket launches and attacks with the usage of fire- and bomb balloons ahead of the publication of Trump's peace plan for the Israeli-Palestinian conflict. The plan proposed the creation of a Palestinian state, but failed to grant Jerusalem as its capital or provide any significant returns of the lands controlled by Israel. As a result, Trump's "deal of the century" was rejected not only by Hamas, but also by the Palestinian National Authority.