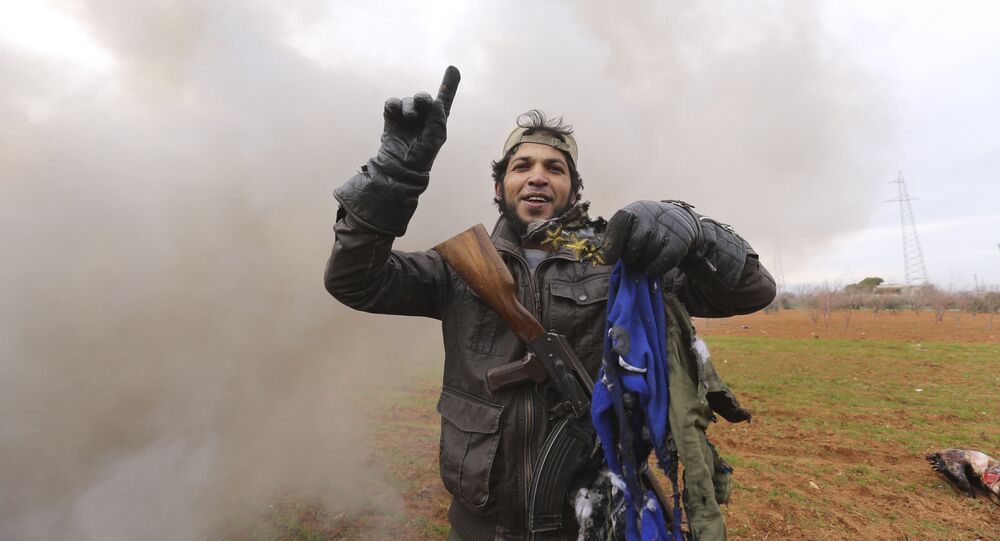 Earlier in the day, Turkish President Recep Tayyip Erdogan vowed that the Syrian government "would pay a heavy price" for its actions after militants downed its chopper in Idlib.

The Turkish Defence Ministry stated on Tuesday that 51 units belonging to the Syrian Army, including two tanks, an anti-aircraft installation site and a munitions depot, have been destroyed, while one tank has been seized.

​The statement comes hours after the ministry confirmed that militants in Syria had downed a government helicopter in al-Nayrab, Idlib province.

Commenting on the statement, Turkey's President Recep Tayyip Erdogan stated that the Syrian government "would pay a heavy price" for its actions.

In his speech, Erdogan referred to a new wave of escalation in northern Syria after Syrian government forces allegedly attacked a Turkish military post in Idlib the day before.