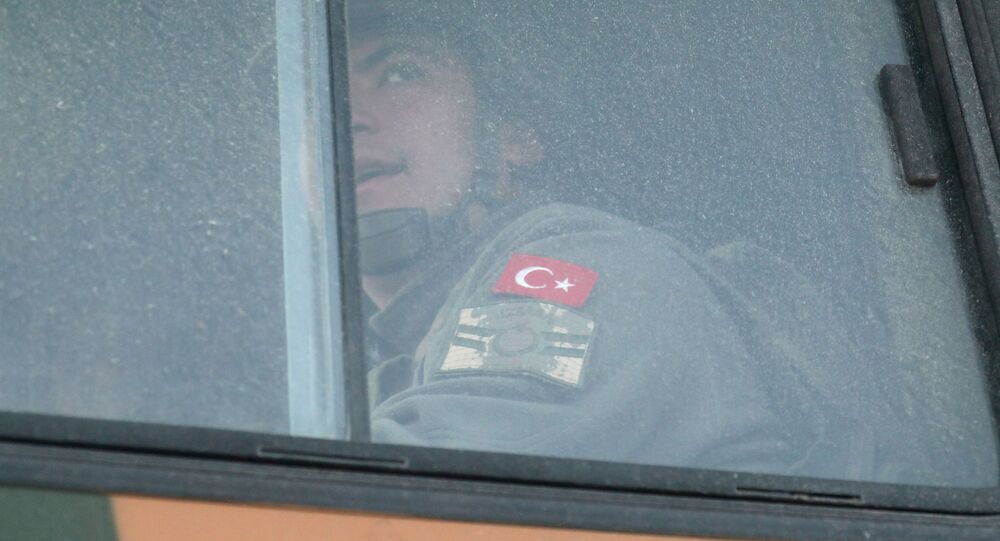 Earlier in the day, the Turkish Defence Ministry issued a statement, saying that Syrian government forces had allegedly attacked its military post in the Taftanaz area of Syria's Idlib Province, killing five soldiers, while injuring another five.

The Turkish Defence Ministry announced on Monday that the country's forces have struck 115 Syrian government targets, destroying 101 of them.

"According to preliminary data, 115 targets of the Syrian government army were fired upon, and 101 targets were hit, including three tanks destroyed and one helicopter shot down. The operation continues," the ministry said in a statement.

The ministry said further that it would retaliate against any attack on its forces, which have observation posts in northern Syria.

The development comes hours after the Turkish Defence Ministry issued a statement, saying that Syrian government forces had allegedly attacked one of its military posts in Idlib, killing five soldiers and injuring another five.

A week ago, eight Turkish nationals were killed after Syrian government forces shelled an observation post in Idlib.