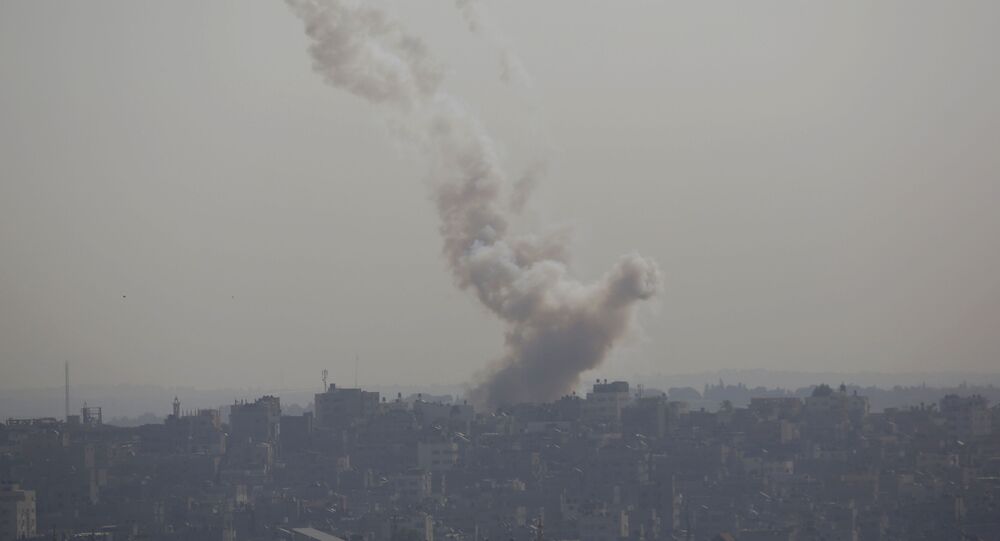 The situation on the border between Israel and the Gaza Strip has been tense in recent months, with continuing strike exchanges between the Israeli military and militants in the region.

The Israeli Defence Forces have targeted several Hamas positions in the Gaza Strip in what they say were retaliatory strikes after a series of balloons with explosives attached to them were launched from across the border.

According to the military, the strikes hit several Hamas positions in southern Gaza, including a site for weapons production and a military compound.

We just struck Hamas targets in #Gaza, after a series of balloons with explosives attached to them were launched from Gaza into #Israel.

We will continue operating against attempts to harm Israeli civilians.

The Hamas movement, a Palestinian Sunni militant organisation in control of the Gaza Strip, has launched a series of arson balloons from Gaza in recent times, prompting the Israeli military to retaliate with airstrikes targeting Hamas installations, according to the IDF.

Last week, four projectiles were reportedly fired towards Israeli territory. Two of the missiles hit an open area and the rest of them were intercepted by Israel's Iron Dome system, according to the IDF.

Tel Aviv holds Hamas responsible for most attacks coming from the Gaza Strip.