Field Marshal Khalifa Haftar of the Libyan National Army (LNA) announced earlier the beginning of a decisive battle in his campaign to capture Tripoli, which has been underway since last April and has resulted in fierce fighting on the outskirts of the Libyan capital.

In a newly-released statement, Haftar declared a general mobilization as a measure to resist foreign intervention. The LNA commander ordered the arming of all men and women, military personnel and civilians.

“Today, we are declaring the jihad and general mobilization. Men and women, officers and civilians will be provided with weapons”, the LNA commander said in a televised address.

The Turkish parliament greenlighted on Thursday President Recep Tayyip Erdogan's initiative to send military reinforcements to Libyan allies who have been under siege since April 2019 by the eastern-based army of Khalifa Haftar on soil which was a part of the Ottoman Empire until 1911.

After the ouster and assassination of then-Libyan leader Muammar Gaddafi in 2011, the country was plunged into a brutal civil war. Turning the nation into a territory divided between two centres of power - an elected parliament in the country's east, supported by Haftar's forces and the UN-backed GNA in the west. 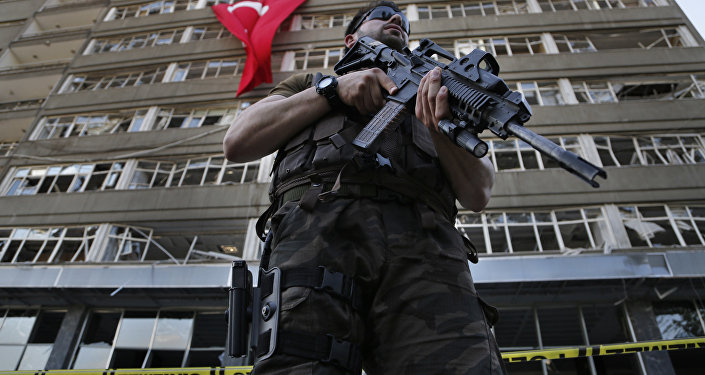 © AP Photo / Hussein Malla
Turkish Defence Chief Denies Rift With Russia Over Libya
In late December, the western-based GNA requested military assistance from Turkey in the wake of renewed efforts of the rival LNA to capture the capital of Tripoli. Erdogan vowed support would be sent as soon as January. Ankara has, however, said that the military assistance could be rolled back if Khaftar gives up efforts to conquer Tripoli.

The bill on military support to Libya, introduced in the Turkish parliament earlier this week followed the conclusion of a maritime border deal and a military support pact between Erdogan’s government and the GNA, which was condemned by Libyan eastern-based authorities.