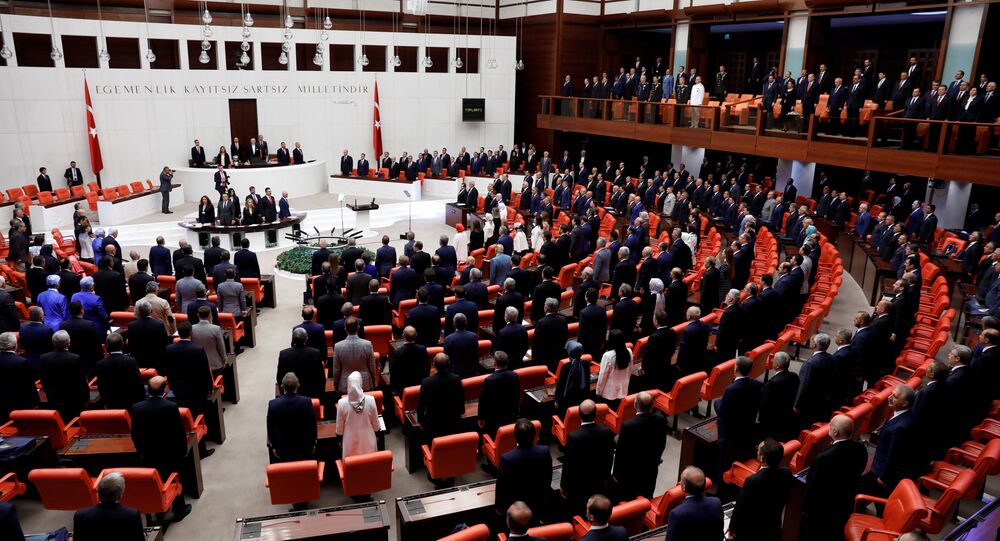 Previously, Ankara and the UN-recognised Libyan Government of National Accord (GNA) presiding in Tripoli signed an agreement on military cooperation in November 2019.

The Turkish parliament has passed a bill giving a green light to the deployment of Turkish troops in Libya after discussions were held on 2 January. 325 lawmakers voted in favour of the motion, while only 184 rejected it.

"A Libya whose legal government is under threat can spread instability to Turkey. Those who shy away from taking steps on grounds that there is a risk will throw our children into a greater danger", said Ismet Yilmaz, a member of the governing AKP party of President Recep Tayyip Erdogan.

The decision was met with condemnation from Egypt, which opposes Ankara's decision to send troops to the civil war-torn country.

Meanwhile, Turkish President Recep Tayyip Erdogan and his American counterpart Donald Trump discussed Libya in a telephone call, with both stressing "the importance of diplomacy in resolving regional issues", the office of the Turkish president reported soon after the troop deployment bill was passed. Trump expressed his opinion in a conversation with his Turkish counterpart that foreign interference in the Libyan conflict complicates the situation in the country.

The bill was introduced after the country signed an agreement on military cooperation in 2019 with the Libyan Government of National Accord (GNA) in Tripoli, with the latter requesting military assistance from Turkey.

Tripoli has been under siege by General Khalifa Haftar, whose forces control most of the eastern part of the country, but is not recognised by the UN, unlike the GNA. Turkish Vice President Fuat Oktay earlier said that Ankara would send "the necessary number [of troops]" when needed, but added that it wouldn’t be necessary if the Libyan National Army (LNA), led by Haftar, halts its offensive against Tripoli.

Libya has been divided between several groups fighting for power ever since its leader, Muammar Gaddafi, was killed in 2011 as a result of an attack by opposition forces backed by Western countries. The UN-supported GNA, which controls the west of the country, and the LNA are the two biggest forces in the country.

The LNA's leader, General Khalifa Haftar, announced his offensive against Tripoli in April 2019, vowing to clear it of "terrorists", referring to the GNA, in just two weeks. His attack on the GNA's capital, however, stalled and has so far been unsuccessful in gaining ground in the city.