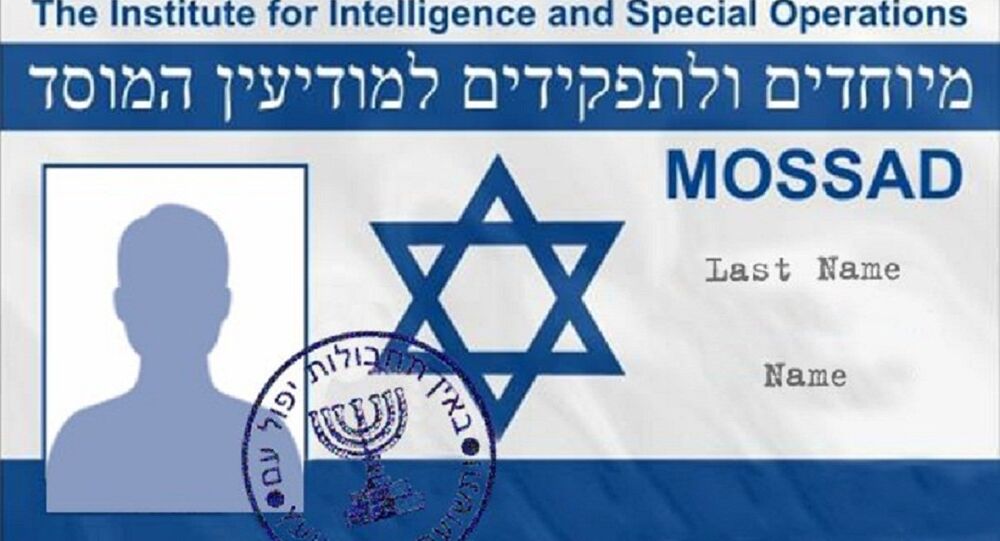 How Mossad’s Attempt to Smuggle Jews Out of Ethiopia Ended in Rape, Torture and Imprisonment

In the mid-to-late 1980s and early 1990s, Tel Aviv organised several large-scale operations to get over 23,000 Jews out of Ethiopia, a country plagued by hunger, civil unrest, and Cold War conflict. However, in mid-1986, one of those secret missions ended in disaster.

For over three decades, details on ‘Operation Djibouti’, a Mossad extraction mission so secret that not even the Israeli foreign ministry or the army knew about it, remained largely hidden from the public. Officials have refused to talk about it, and those involved have been largely ignored by the media.

The clandestine operation, which kicked off in August 1986, saw a Mossad agent infiltrate Ethiopia’s Gondar region, then home to a large population of Ethiopian Jews, offering assistance to help take young Jews out of the country to Israel.

The new route was needed after ‘Operation Moses’, an earlier operation lasting between 1984 and 1985, and involving Jews being airlifted to Israel via Sudan, collapsed after Arab governments found out about it and put pressure on the Sudanese government to stop it. An estimated 8,000 Jews made it to Israel as part of Operation Moses, although some 4,000 more are thought to have died along the way.

Operation Djibouti, kicking off a year later, was much more modest in scale, with a Mossad agent named ‘Z’ managing to gather together a group of just 27 people, of whom 23 would eventually reach Israel. The plan was for the group to sneak into Djibouti, from where they would be flown to France, and on to Israel.

However, the operation quickly became a disaster and, as Haaretz contributor Roni Singer explains, “the ordeals [the emigres] underwent along the way – brutal violence, sexual abuse, in some cases abandonment in prison – left them scarred to this day.”

Yeshiwork Dawit, a 13-year-old girl at the time, was among those approached by Agent ‘Z’. “It was explained to me that the route was supposed to be easy and last four days,” she said, speaking to Singer. In fact, the trek itself ended up lasting months, with the would-be immigrants facing a lack of supplies, illness and encounters with dangerous animals and roadside robbers. When they finally reached Djibouti, Dawit was raped by the group’s minder.

Mamo Biro, another of the Ethiopian Jews convinced to make the journey, recalled a separate grim incident in which their Mossad-employed guides assaulted a non-Jewish family: a father, mother and young girl who had attempted to join them. The father was beaten, the mother raped and the 12-year-old daughter raped as well. “I went to people to try to help erase the memories. I can’t get it out of my head,” Biro said. “I don’t know what happened to them. It could be that in the end they killed them,” he added.

In all, 23 would-be immigrants ended up making it to Djibouti, where Mossad had rented out a villa. After spending several weeks waiting to be extracted, they were caught by local police and sent to jail, accused by local authorities of plotting a coup. During their detention, members of the group were interrogated, beaten and tortured, and then deported back to Ethiopia, where they endured another ten months of violence, whipping, sexual abuse and torture.

Finally, after being released by the same agent who had handled them in Djibouti, the group was gathered together and sent to Israel via the remnants of the Sudanese network formed during Operation Moses.

Dawit, who was separated from the group in Djibouti, spent over 15 months in jail without being charged. “My children, my mother – no one has ever heard what I went through there in the jail,” she told the Israeli newspaper Haaretz, saying that in addition to beatings, the jail’s guards turned her into a “sex slave”. After being released, she was forced to live on the streets, temporarily finding a job as a housemaid, only to face further abuse. In the summer of 1987, after sending a letter to her family confirming that she was alive, Mossad helped her get to Paris, and from there to Israel.  Dawit said she didn’t tell the Mossad agents in Israel about the abuse she suffered, saying she wants to forget everything, and that she still feels “shame and guilt”.

Operation Remains Out of the Limelight

Ahron Scherf, a Mossad veteran whose resume includes work in the agency’s efforts to bring Jews to Israel from other countries, says the Djibouti operation was just one of Mossad’s “diverse and diversified efforts to bring Jews to Israel by any route possible.” Even today, over 30 years after the fact, he said he could not discuss the details of the intelligence service’s decision-making process.

Scherf did admit that “in retrospect,” Operation Djibouti “was one short-term attempt that failed, it turned out to be impractical”, but still defended the attempt. “You have to remember, if you don’t try, you don’t know [how things will turn out], and that’s how it was here.”

Shabtai Shavit, another senior Mossad veteran who became the agency’s general director in 1989, and who studied the failed mission after the fact, said he believed Operation Djibouti failed because of shoddy planning, and specifically the decision to keep the group “in one place far longer than planned, because of a desire to keep making the group bigger.”

Nahum Admoni, Mossad’s general director at the time of the operation, told Haaretz that he "remembers nothing about it".

The surviving immigrants who took part in Operation Djibouti have now filed lawsuits, asking the state to recognise their suffering, to compensate them, and to recognise them as de-facto employees of Mossad.

But Shavit says there’s no grounds for their claims. “If the Mossad had to pay fines for operations it carried out over the years that failed, the state treasury would collapse. No one promised success at the time, and no agreements were entered into,” he said.

Israel marked the 70th anniversary of Mossad’s creation last week. The agency is generally recognised as one of the most powerful and deadliest foreign intelligence agencies in the world.