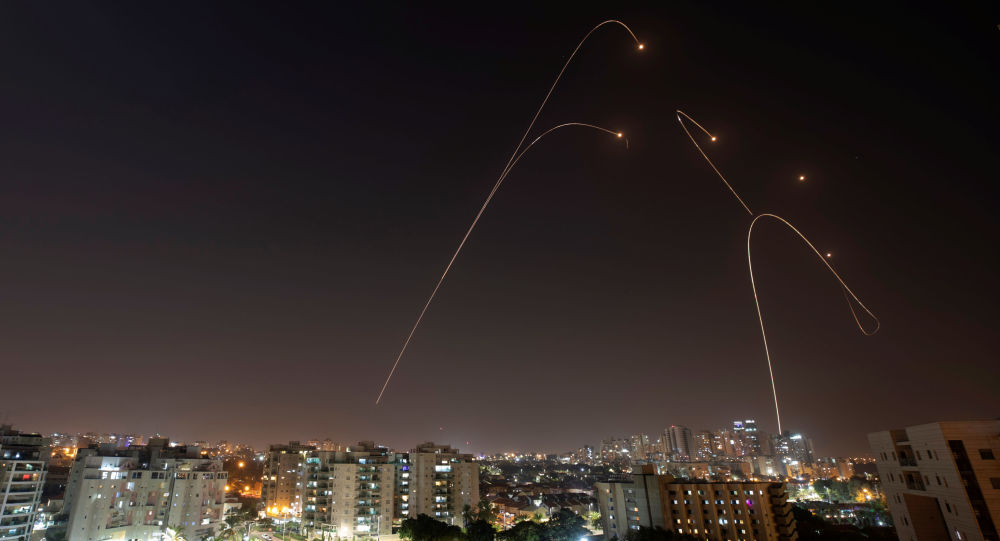 TEL AVIV (Sputnik) - Israeli Prime Minister Benjamin Netanyahu has ordered preparations for a possible military operation against Islamist militants in the Gaza Strip after rockets had been fired at Israel on 7 December.

"On the issue of Gaza, I would like to clarify – there will be no arrangement [with Hamas] if the firing continues. On the contrary, the terrorists in Gaza will yet feel blows from our arm. What they absorbed three weeks ago in Operation Black Belt, in which we targeted the leader of Islamic Jihad and dozens of militants from the organisation, was just for starters", Netanyahu said during a meeting of his cabinet.

The Israeli prime minister added that he had instructed the defence minister and the Israel Defenсe Forces to make necessary preparations.

Netanyahu also touched upon the topic of Iran, claiming to have discussed it with both Russian President Vladimir Putin and US President Donald Trump.

"Last week I held important conversations with the leaders of the US and Russia. I spoke with President Trump and President Putin and I met in Lisbon with US Secretary of State Mike Pompeo. One topic headlined all of these talks – Iran. Iran is continuing its aggression in the Middle East and is even increasing it", the prime minister informed.

He also accused the Iranian Revolutionary Guards of ordering Shiite militias to murder 20 demonstrators in Baghdad on 7 December.

Earlier in the day, the Israeli armed forces attacked Hamas' targets in retaliation for three rockets launched late on the same day.

For decades, the Palestinians have sought recognition of their independent state in the Israeli-occupied West Bank and Gaza Strip. The Israeli government has refused to recognize the Palestinian Authority as an independent political and diplomatic entity and continues to build settlements in the occupied areas, despite objections from the United Nations.