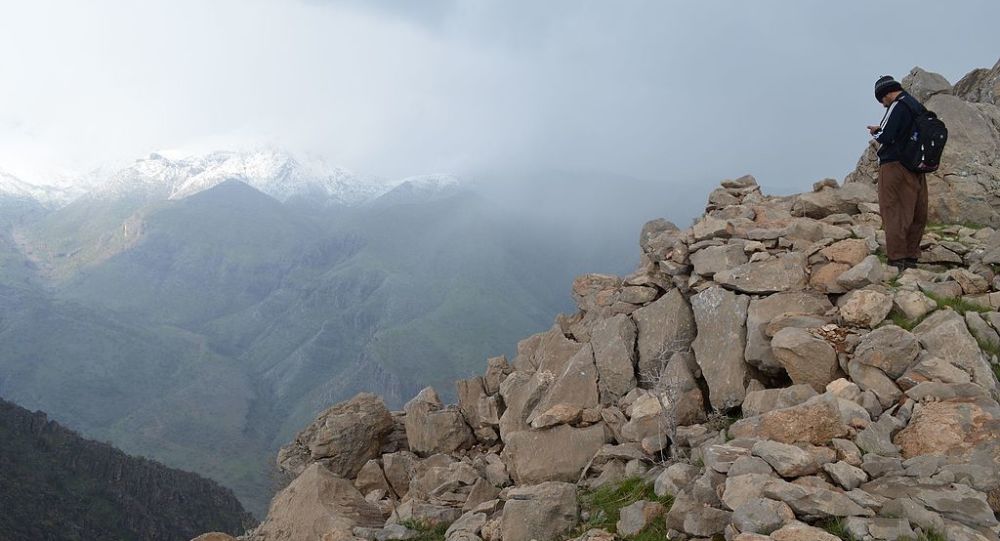 MOSCOW (Sputnik) - Daesh* militants are fleeing Syria and moving to ungoverned areas in northern Iraq, media reported, citing US military and commanders of the Kurdish Peshmerga forces in the region, who also hinted at the threat of the re-emergence of the self-proclaimed "caliphate."

According to the NBC broadcaster, militants have moved to a valley that is controlled by the Kurdish Peshmerga forces on one side and by the Iraqi Armed Forces on the other. The militants are reportedly moving to uncontrolled areas between the two sides.

"They have some tunnels, they have some caves. And they are moving — especially at night," Gen. Sirwan Barzani, the commander of the Kurdish Peshmerga forces, told the broadcaster, adding that his troops can see them moving, riding motorcycles and driving pickup trucks.

According to Maj. Gen. Alexus Grynkewich, deputy commander of the US-led Combined Joint Task Force Operation Inherent Resolve, militants periodically go down to nearby farms and villages to steal from the locals.

"I think it's the place where they have the designs to re-establish the physical caliphate and if they could, I think they would do it here. Syria in my mind is more of a support zone for them," he said.

Kurdish officials estimate that about several hundred militants reside in the area and warn that the "caliphate" initially emerged with such numbers.

In late October, US President Donald Trump announced that Daesh leader Abu Bakr Baghdadi had been killed in Syria during a special US operation. According to Trump, the number one terrorist was under the Pentagon's surveillance for some time before the conditions were ripe to eliminate him.

Later, Russian Defence Ministry spokesman Igor Konashenkov said that Russia did not have reliable information that the US military had carried out an operation to "destroy" Baghdadi.