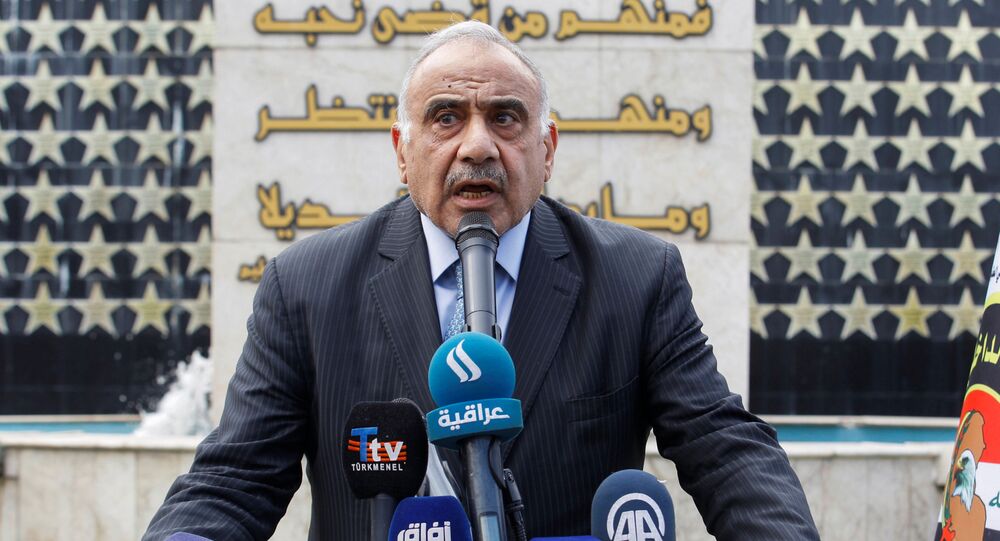 The protests in Iraq began on 1 October but were suspended in mid-October for pilgrimage before resuming on Friday. According to the state's High Commission for Human Rights, since the beginning of the second wave, 63 people have been killed across the country.

The same sources have reportedly revealed a memo from Abdul Mahdi to the commander of Iraq's elite Counter-Terrorism Service, where the former allowed the "use all necessary measures" to end protests in the country's capital.

Earlier in the day, it was reported that Sairoun, the largest Iraqi parliamentary bloc, had announced a sit-in in support of the protesters "until the protesters' legitimate demands are met."

Following the beginning of the second wave of protests, the Iraqi prime minister said he would reshuffle his cabinet and introduce changes to election laws.

"The next week, we will carry out changes in the cabinet of ministers […] We will also introduce changes to the existing electoral law and reconsider the role of the Electoral Commission," the prime minister said in a public address aired live on Arabic TV channels.

At the beginning of October, a wave of anti-government rallies took place in Iraq, with large numbers of protesters demanding economic reforms, an end to corruption and the dismissal of the current government. The protests resumed on Friday in Baghdad, following a three-week hiatus in observance of a religious pilgrimage to holy places in southern Iraq.