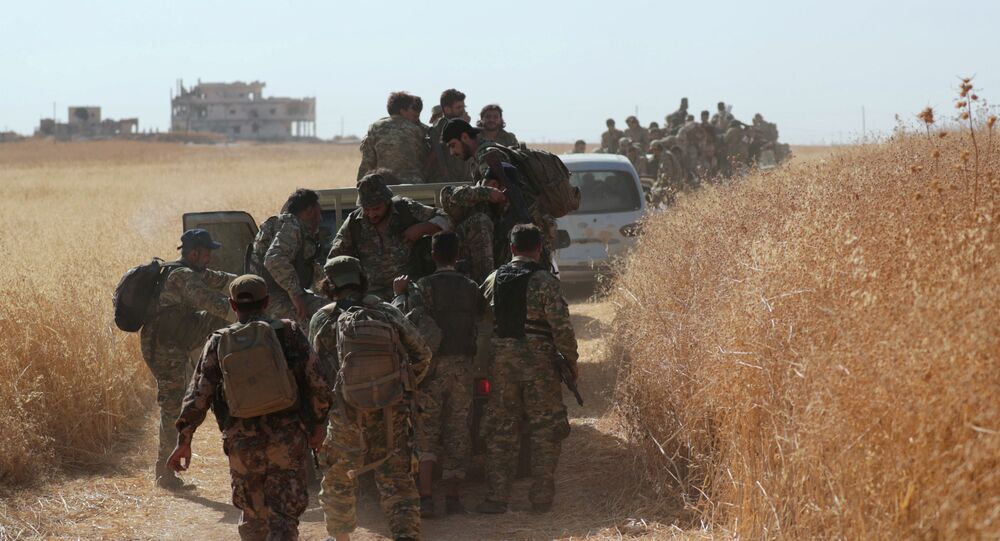 Turkey said that the presence of its armed forces in north-eastern Syria is a temporary decision, German Foreign Minister Heiko Maas said during a press conference with his Turkish counterpart Mevlut Cavusoglu in Ankara.

"We should keep in mind that Turkey's presence on Syrian territory is temporary. We have discussed this today, and it was repeatedly confirmed. This is what I approve of," Maas said.

On 22 October, Turkish President Recep Tayyip Erdogan and Russian President Vladimir Putin agreed that Russian military police together with Syrian border guards would facilitate the withdrawal of Kurdish militants from an 18-mile safe zone on the border within 150 hours.

Speaking during a press conference with Maas, Cavusoglu said that Turkey does not think that Germany's proposal on establishing an international safe zone in northeast Syria is realistic.

Earlier this week, German Defence Minister Annegret Kramp-Karrenbauer proposed creating an internationally monitored security zone along the Syrian northern border to protect the mostly-Kurdish population in the region during Turkey's Operation Peace Spring that was launched on 9 October.