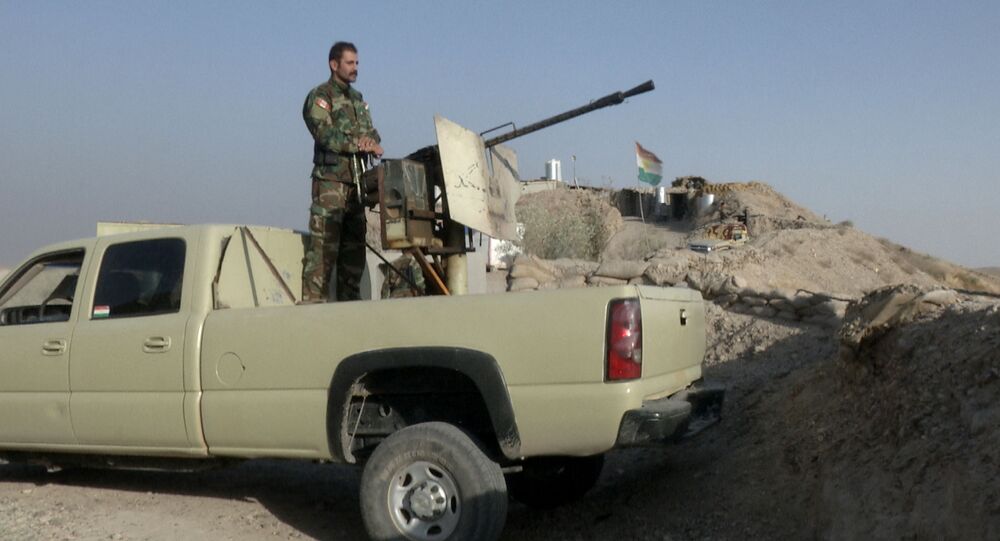 Last week, Turkish President Recep Tayyip Erdogan warned that his forces would "crush the heads" of Syrian Kurdish forces if they did not complete a pullout from the border area.

The minister continued by saying that Turkey will resume its offensive in northern Syria if Kurdish forces, seen as terrorists by Ankara, do not withdraw from the border safe zone within 35 hours.

"Harassment fire continues, ... and we have retaliated to those harassment fires. We observe that now the YPG-PKK [Kurdistan Workers' Party] elements start to leave the areas that we are now controlling. We have 35 hours left. If they don't withdraw, our operation will restart," Cavusoglu said in an address at TRT World Forum in Ankara.

On October 17, US Vice President Mike Pence announced that the United States and Turkey had agreed on halting the Turkish offensive, launched on October 9 and dubbed Peace Spring, for 120 hours for the Kurdish People's Protection Units (YPG) to leave the area within the 18-mile so-called safe zone, which Ankara intends to control unilaterally. However, both Ankara and Kurds have reported ceasefire violations.

The decision was made a week after Ankara launched "Operation Peace Spring" shortly after US President Donald Trump announced the withdrawal of US troops from Syria, stating it aimed to rid its southern border of Kurdish militia which it views as terrorists. The operation immediately drew criticism from the international community, while Damascus called it an occupation. Russia, which supports the Syrian government, called on Turkey to avoid escalation.