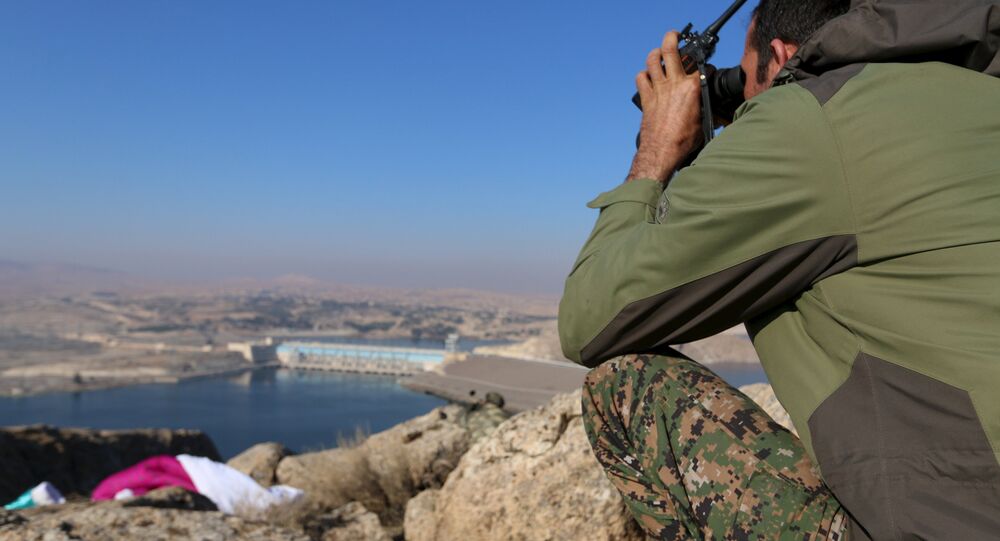 MOSCOW (Sputnik) - Senior Kurdish official Aldar Khalil welcomed on Thursday the agreement between the United States and Turkey on a ceasefire in Syria, Al-Arabiya television reported.

"We welcome the truce," Khalil said.

According to Khalil, Turkish President Recep Tayyip Erdogan was forced to compromise and agree to the ceasefire "because of the Kurdish resistance."

Later, SDF commander Mazloum Kobani said that they accept the agreement with Turkey and will do what's needed to make it succeed, Ronahi TV reported. He added, however, that the ceasefire agreement is just the beginning and will not achieve Turkey's goals.

Earlier in the day, Turkish President Recep Tayyip Erdogan held negotiations with US Vice President Mike Pence in Ankara that lasted more than 4 hours. The parties agreed to suspend the Turkish operation in Syria for 120 hours to facilitate the withdrawal of the Syrian Kurds' militia to a distance of about 30 kilometres (some 20 miles) from the border with Turkey.

Last week, Turkey launched an offensive in neighbouring Syria in a bid to create a "safe zone" along the border that would be free of Kurdish fighters. Turkey considers the Kurdish forces in Syria an extension of the Kurdistan Workers' Party, which it has classified as a terrorist organization.