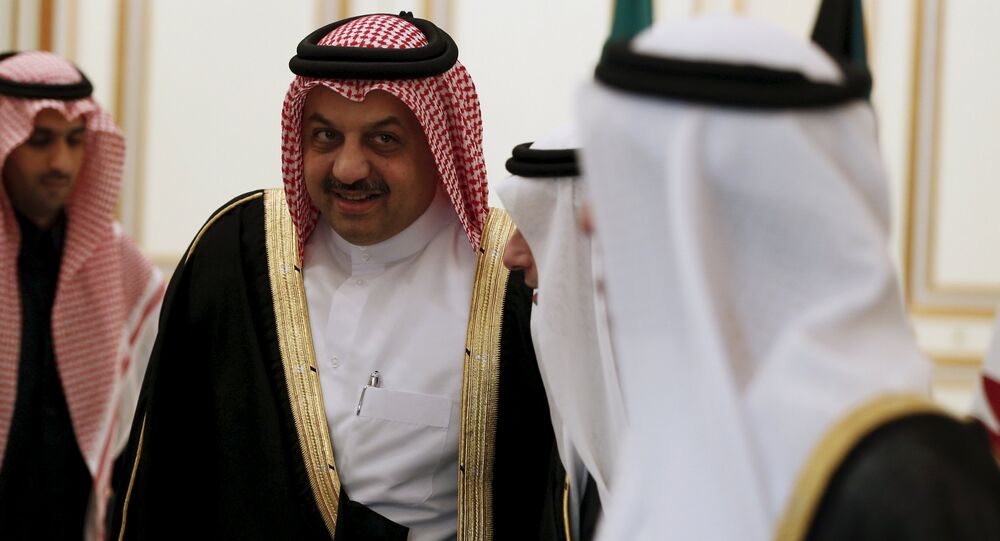 Turkey's 'Operation Peace Spring' military incursion into Kurdish-held northeastern Syria has entered its second week. Syria has condemned the offensive and deployed troops to the area.

Qatari Defence Minister Khalid bin Mohammad Al Attiyah defended Ankara's recent actions in Syria on Wednesday at the Global Security Forum in the country's capital Doha. He claimed that the current offensive in the northeast of the country doesn't amount to a crime and insisted that the international clamour surrounding the operation is unclear.

"We have been part of the military coalition in Syria since 2013 and nobody made a fuss about it. The Turkish operation in Syria is not a crime. However, there are many players in Syria whose crimes have not been condemned," Al Attiyah stressed.

He lauded the 'obvious' merit of Turkey's efforts to aid millions of Syrian refugees, and contended that Ankara's threats to open the borders and unleash the flow of refugees to the European Union are not empty promises.

© AFP 2020 / Nazeer al-Khatib
Syrian refugees living in Turkey wait to register at the Bab al-Salama crossing, near the city of Azaz in northern Syria, on June 18, 2017

At the same time, the minister underscored that the constant mention of Kurds in the context of the Turkish offensive is erroneous.

"It's a great mistake and provocation to lay emphasis on the Kurdish community. Kurds are a major portion of the Turkish society and we are now speaking about the fight against terrorists, so why should we limit our understanding of who terrorists are to Daesh* and al-Qaeda*? There are other terrorist formations as well," he added.

The Turkish operation that was launched a week ago was in part initiated by Ankara in order to relocate Syrian refugees that flooded into Turkey in the wake of the Syrian Civil War that began in 2011. Turkey has said it seeks to clear northeastern Syria of "terrorists" and to relocate the displaced people.

However, the international community, as well as the Syrian government, have repeatedly condemned the Turkish operation. Damascus in its turn has dispatched troops to the north of the country and retook control of the city of Manbij on Tuesday.

*Daesh (ISIL/ISIS/IS/Islamic State) and Al-Qaeda are terrorist organisations banned in Russia and many other countries.