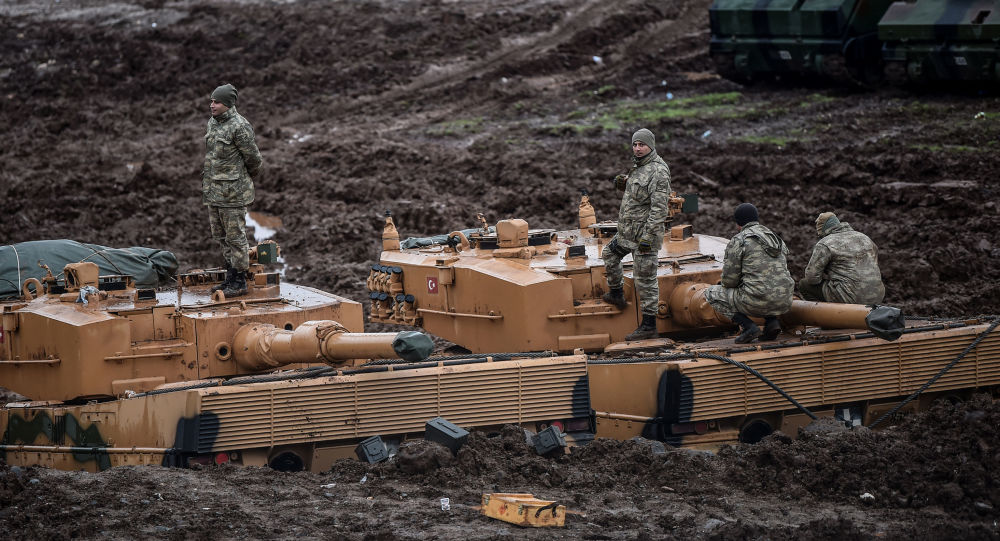 Turkey announced earlier that it would conduct a military operation in northern Syria to clear the area of Kurdish fighters and establish a safe zone; the formerly US-backed defenders of the region are viewed as terrorists by Ankara.

On Monday, US President Donald Trump signed an executive order authorising sanctions against Turkish officials and entities, including the defence and energy ministries, in response to Ankara’s Operation Peace Spring in northeast Syria.

In turn, President Recep Tayyip Erdogan vowed to continue the offensive, which he says is aimed at securing the area near his country's border and ousting the Kurdish-led SDF, which Ankara considers to be affiliated with the Kurdistan Workers' Party (PKK), listed in Turkey as a terror group.