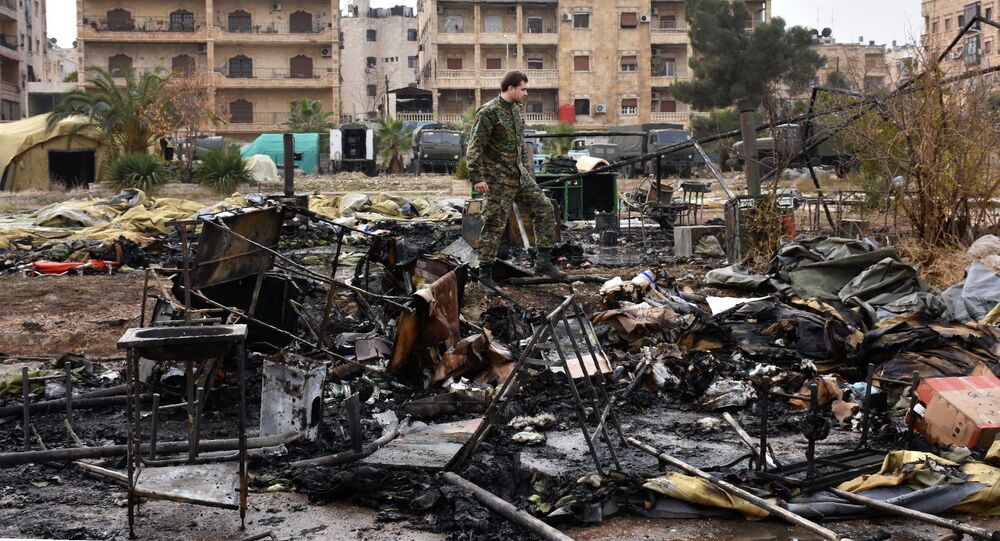 The New York Times previously claimed that the Russian Air Forces had bombed several hospitals in Syria back in May. The newspaper said that local journalists had filmed the bombing and proved the incident via a radio recording of a ground controller giving the coordinates of the facility to the pilots.

The Russian Ministry of Defence stated on Monday that the "bomb-destroyed" hospital in Syria mentioned in the NYT reports was actually a terrorist base in a cave, adding that 80 journalists saw it.

"They [the journalists] saw what is actually located in such caves, or rather in well-protected terrorist bunkers with their own eyes: huge stockpiles of weapons and ammunition, including those made in the West, prisons, niches for sheltering tanks, gas masks", he said, noting that the report came after several media outlets published articles revealing details about these kinds of facilities in Idlib.

The Russian military representative pointed out that "the hospital for civilians" was located in an area far from settlements in an "isolated cave", where medics couldn't have upheld any standards for treating injured people.

According to Gen. Major Igor Konashenkov, the media fell for another disinformation stunt, propagated by the British intelligence services, masked as news from "activists".

He also dismissed claims about "eavesdropped" dialogue between pilots and ground controllers, stressing that the military does not use open radio channels to transmit coordinates.

The official was addressing the NYT articles from 13 October, which claimed that "the Russian Air Force has repeatedly bombed hospitals in Syria in order to crush the last pockets of resistance to President Bashar al-Assad".