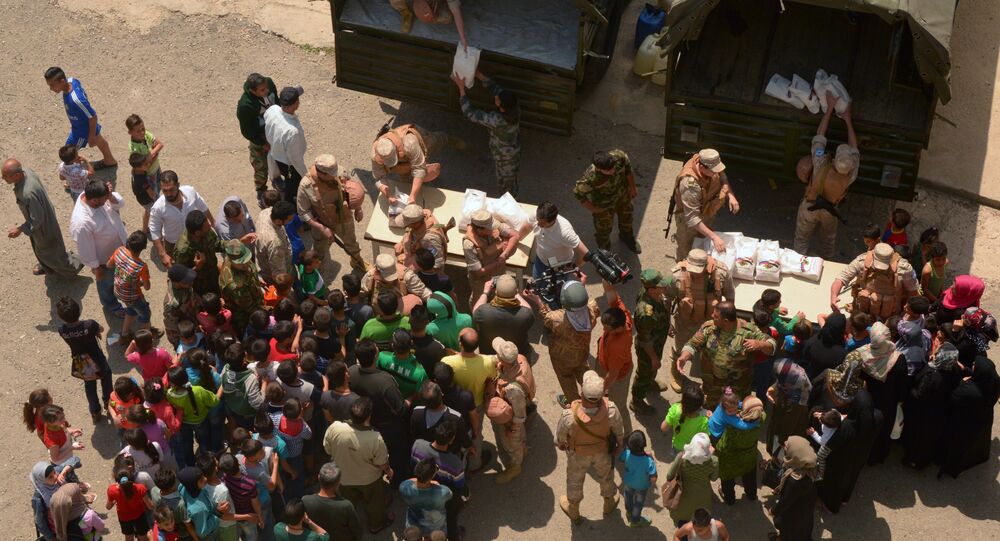 ALEPPO, Syria (Sputnik) - Militants in the province of Idlib in northern Syria are blocking local residents from entering the territory controlled by the government through the recently re-opened Abu al-Duhur checkpoint, Syrian Army Brig. Gen. Nabil Abdullah, who is responsible for organising the humanitarian corridor, said on Friday.

"According to intelligence, a lot of people want to leave this zone, but the terrorist groups in Idlib are blocking the humanitarian corridor. The roads leading to the checkpoint are blocked, residents are not allowed to leave under the threat of execution. In fact, the militants hide behind civilians and use them as a living shield," Abdullah said.

"The checkpoint is completely ready for work, our military doctors have deployed the first-aid post here. Buses have also been organised to deliver internally displaced people to their places of residence. In addition, the reconciliation center has prepared more than 3 tonnes of humanitarian aid for those in need", representative of the Russian Centre for Reconciliation in Syria, Andrei Kharlamov, said.

According to him, an agreement to resume operations at the corridor was reached, but the militants refused to let civilians leave at the last moment.

The Abu al-Duhur checkpoint for civilian evacuation, which had been shut down in December 2018, was re-opened on September 13 at the initiative of the Russian Reconciliation Centre for Syria.