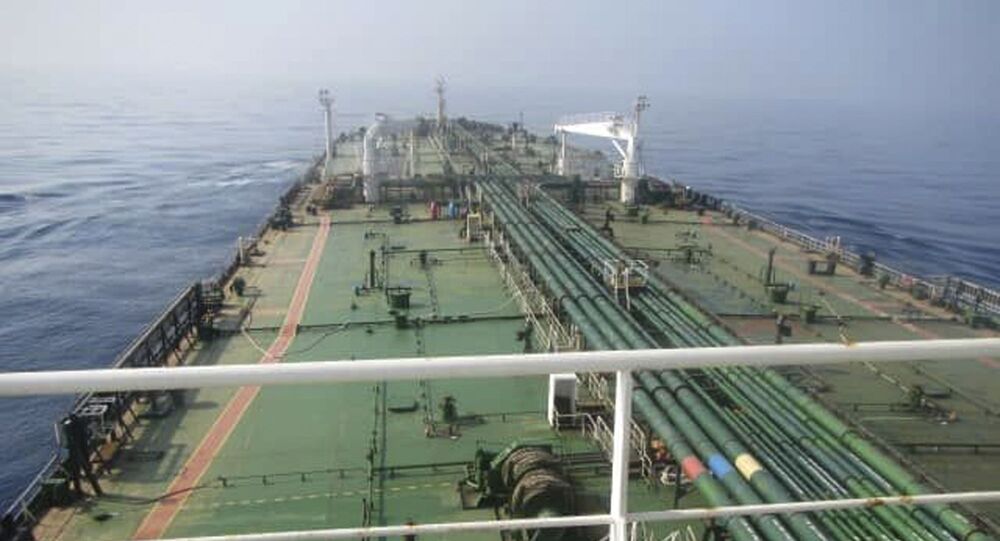 A vessel, operated by the National Iranian Oil Company (NIOC), reportedly caught fire 100 km (about 60 miles) from the Saudi port city of Jeddah.

On Friday morning the ISNA news agency reported that an explosion aboard an Iranian tanker, Sabiti, has set the NIOC-owned vessel on fire near the Saudi port city of Jeddah.

According to local media, the explosion inflicted heavy damages on the vessel, while oil spilt into the Red Sea.

The crew of the damaged Iranian oil tanker are safe, the situation aboard the vessel in the aftermath of the explosion is under control, media reports said.

"None of the crew members were injured at the explosion... the situation is under control", Iran's Nour News cited an unnamed source as saying.

The blast reportedly happened on the hull of the vessel, and caused damage to the two main reservoirs of the tanker.

According to ISNA, citing an official from National Iranian Oil Company (NIOC), the route of its oil tanker has been changed.

"It is still in the Red Sea but its route will change ... No help was offered to assist by any country".

Refinitiv shipping data showed that the status of the tanker was "underway using engine" with its destination set as Larak, an island off the Iranian coast.

She's fully laden with a million barrels and is saying she's heading (back) to the Persian Gulf. #OOTT #SABITI pic.twitter.com/FBP7C8cggv

Following the reports, National Iranian Oil Company (NIOC) said on its website that the tanker was targeted by two missiles.

The company said that the blasts were "probably caused by missile strikes".

"There is no fire aboard the ship and the ship is completely stable," NIOC added.

The incident comes amid growing tensions between Iran and the US and its allies in the Persian Gulf following a series of suspected sabotage attacks off the coast of the United Arab Emirates in mid-May. Two more tankers, including one belonging to Japan, were struck in mid-June, in the midst of Japanese Prime Minister Shinzo Abe’s visit to Tehran to try to soothe US-Iran tensions.

The US, which announced that it would be deploying a carrier strike group to the Middle East about two weeks before the May attacks, blamed Iran for the sabotage. Tehran vehemently denied the allegations and shot back, calling the attacks “suspicious” and accusing the US and its allies of deliberately exacerbating tensions.