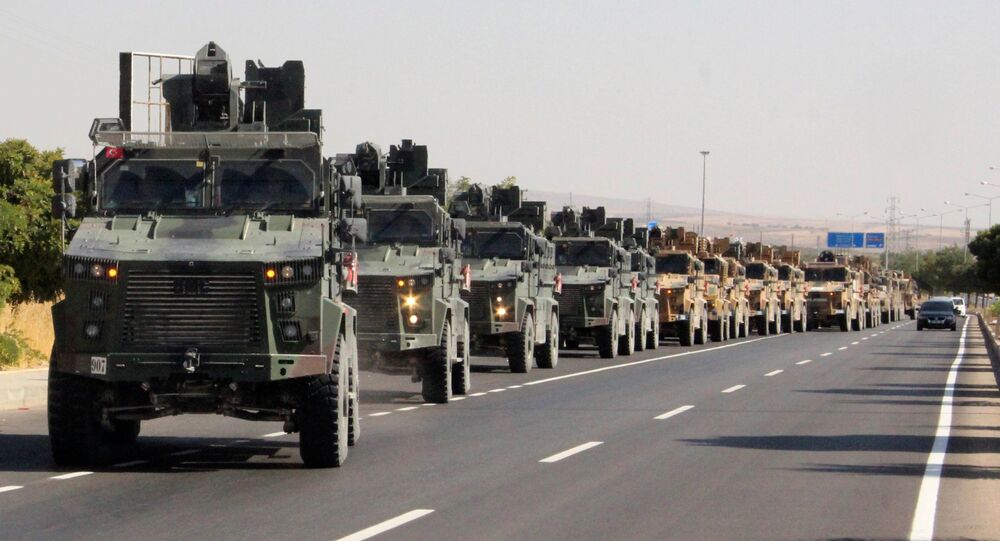 Turkey has kicked off its military operation against PKK/YPG and Daesh in Syria's north, dubbed 'Operation Peace Spring'.

According to Ankara's defence ministry, its ground forces have crossed the border into northern Syria.

Following aerial and artillery attacks on military positions of the Kurdish militia, Turkish forces launched another stage of the Peace Spring operation by advancing into the northern territory of the war-torn country.

According to the press service of the Kurdish-led Syrian Democratic Forces (SDF), at least three Kurdish militia fighters and five civilians have been killed, with dozens injured in Turkish shelling of border areas inside Syria earlier on Wednesday.

The latest media reports also indicate that Turkish warplanes have attacked at least four towns in the Hasakah province and two towns in the Raqqa province. In addition, Turkish jets have reportedly destroyed a power line supplying electricity to the Alluk water management facility, as well as a dam north of Al-Malikiyah.

From Urging Restraint to Threats of ‘Sanctions From Hell’: World Reacts to Turkey’s Syria Operation