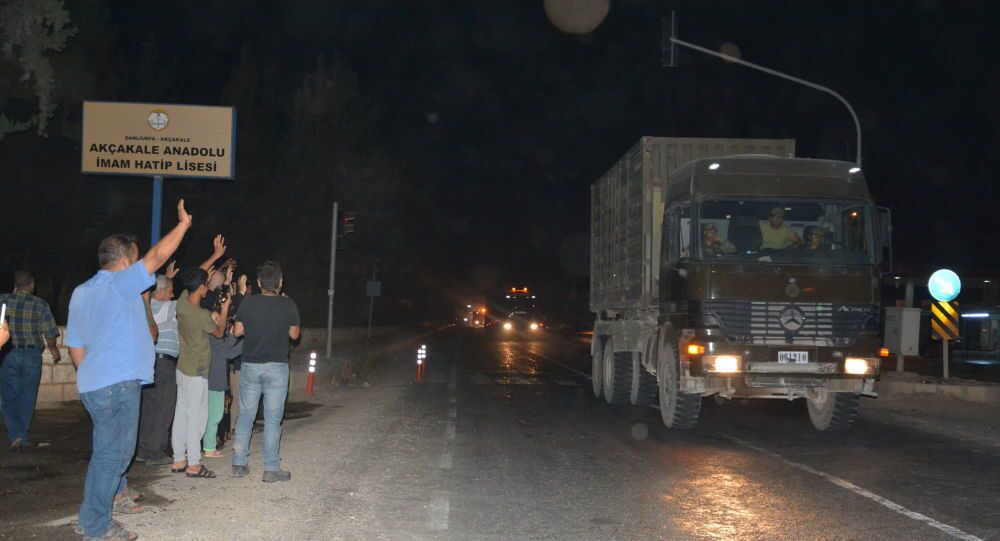 WASHINGTON (Sputnik) US Republican and Democratic lawmakers are finalising legislation that would impose economic sanctions on Turkey, which has begun a military invasion of northern Syria to clear a border region of US-allied Kurdish forces, Senator Chris Van Hollen said Wednesday.

"Turkey must pay a heavy price for attacking our Syrian Kurdish partners," Van Hollen said in a Twitter message. "Senators on both sides of the aisle won't support abandoning the one regional group most responsible for putting ISIS [Islamic State terror group, banned in Russia] on its heels. Our bipartisan sanctions bill is being finalized now."

Van Hollen, a Democrat, partnered with Republican Senator Lindsey Graham to round up votes of a two-thirds majority needed to override a possible veto by President Donald Trump.

The Senate initiative reflects bipartisan outrage over Trump’s order for about 50 US troops to pull out of the Syrian border zone, where they had been partnered with the Kurdish-led and US-allied Syrian Democratic Forces (SDF).

Turkey considers Syrian Kurds terrorists and on Wednesday, Turkish President Recep Erdogan announced the start of Operation Peace Spring in the north of Syria to cleanse the border zone of SDF positions and remaining Islamic State terrorists (banned in Russia).