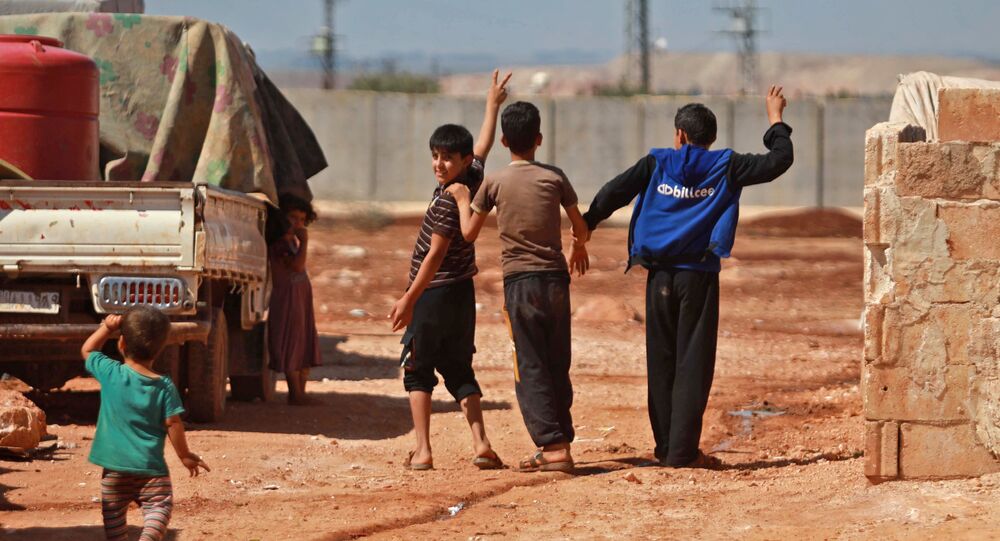 ANKARA (Sputnik) – Turkey will create a safe zone in northern Syria itself if there is no progress in implementing the Ankara-Washington deal, Turkish President Recep Tayyip Erdogan said on Tuesday.

"We can wait for no day anymore. If we fail to reach any agreement [with the United States], we will have no choice. We are going to resettle 2 million Syrian refugees in a 30-kilometer [some 19-mile] zone. We will follow our own path and have already made some steps," Erodgan said, addressing the opening ceremony of the fall session of the Turkish parliament.

The president added that foreign countries tried to use the burden of refugees to bring Turkey to its knees.

On August 7, following months of tensions between Ankara and Washington over the presence of Kurdish militants in northern Syria, the two NATO allies agreed to create a safe zone to the east of the Euphrates and a peace corridor. However, technical details have prevented the two countries from implementing the deal.

Turkey considers Kurdish militias operating in northern Syria as a threat to its security, seeking to make them withdraw from the region. Meanwhile, the United States has been supporting the groups via various measures, including by providing weapons to them, which has generated tensions between Ankara and Washington.

The Syrian government has decried the safe zone deal between Turkey and the United States, calling both countries occupiers, since they operate in Syria without Damascus' authorization.