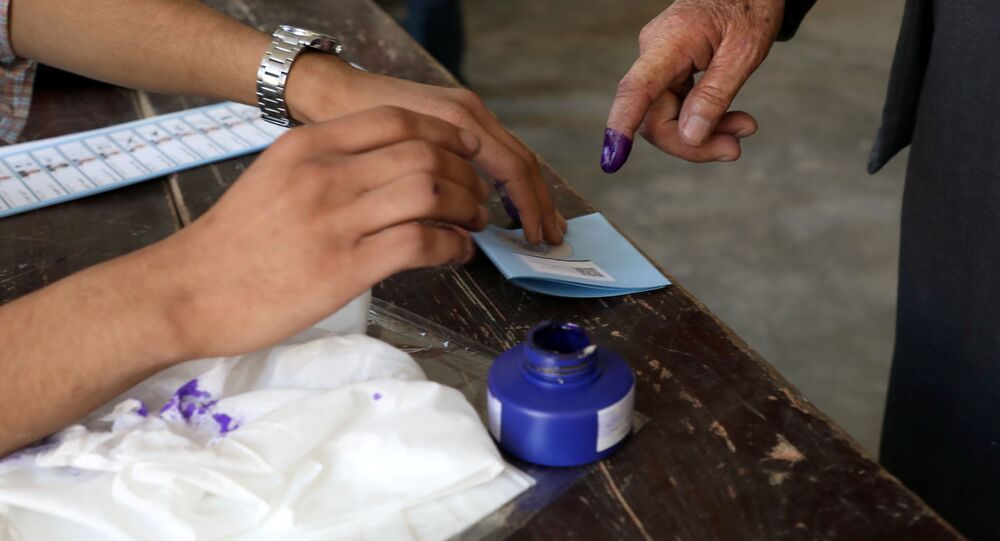 KABUL (Sputnik) - Afghan citizens headed to polling stations this morning, with the government dispatching 72,000 security officers to protect voters amid threats from the Taliban movement.

The international community has welcomed the presidential election in Afghanistan, calling the vote transparent and credible.

Special Representative of the UN Assistance Mission in Afghanistan (UNAMA) Tadamichi Yamamoto, who went to the polling places, praised the Afghan citizens' support for democracy.

"Visiting a polling centre in #Kabul, I commended those women and men of #Afghanistan working to enable transparent and credible elections in the most trying circumstances. Voters deserve admiration for their determination and support for democracy," Yamamoto said, as quoted by the UNAMA Twitter page.

“Visiting a polling centre in #Kabul, I commended those women and men of #Afghanistan working to enable transparent and credible elections in the most trying circumstances. Voters deserve admiration for their determination and support for democracy.” – UN envoy Tadamichi Yamamoto pic.twitter.com/h2Z4qQzk3x

​German Ambassador to Afghanistan Peter Pruegel expressed hope that the election would be fair and transparent.

Visited polling station in #Kabul as #PresidentialElections started in #Afghanistan this morning. Hope Afghans throughout the country will be able to turn out in large numbers to excercize their democratic right safely and in a free, fair and transparent electoral process. pic.twitter.com/10iiwkI458

​At the same time, NATO's civilian representative for Afghanistan, Nicholas Kay, said he hoped that the presidential election would be held in complete security and condemned the Taliban Islamist movement's attacks, aimed at undermining the voting.

"I condemn the Taliban for the violence they are conducting. I hope that all Afghans today will have the chance to vote in peace and security. I appreciate the efforts of the Afghan National Security and Defense Forces," he said in a video address, posted on his Twitter page.

“I hope that all Afghans today will have the chance to vote in peace and security, and I praise the efforts of the Afghan National Defence and Security Forces,” #NATO SCR @NicholasK111 said today while visiting polling stations in #Kabul. pic.twitter.com/Q8tiEDcMug

​In addition, a number of foreign countries congratulated the Afghan government on the successful election and expressed optimism for further positive developments.

Nationals of Afghanistan vote on Saturday to elect the country's president in an election that saw around 9.5 million people registered for casting their ballots.