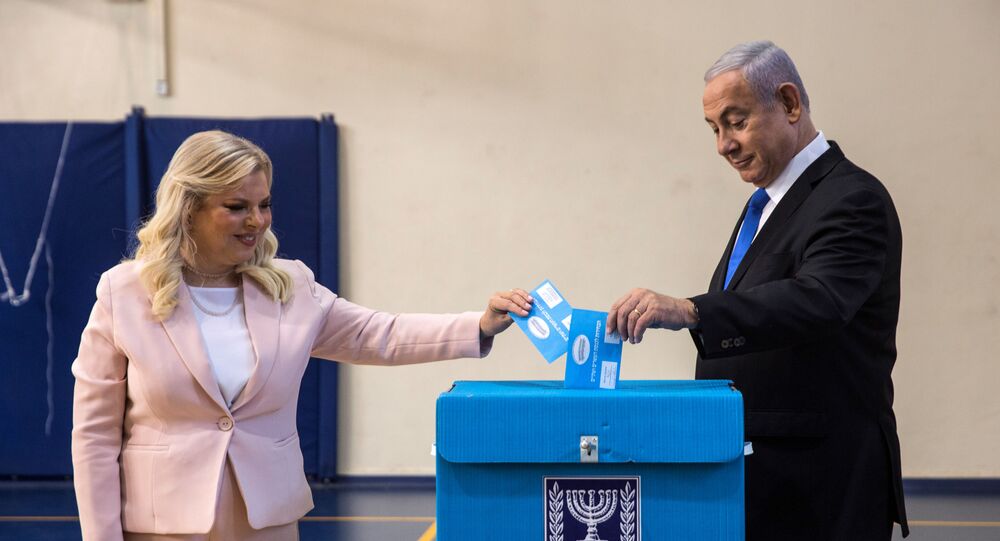 Bracing for a fraught election, the 69-year-old prime minister has attempted to boost right-wing turnout by warning Israelis that the left is going to “take over the government.”

In one his closing arguments to voters ahead of Tuesday’s general election, Benjamin Netanyahu told the Israelis that it’s more important to go the polling station than have fun in the bedroom.

Election Day is a national holiday in Israel so people don’t have to work. The Prime Minister’s official Instagram account shared a video on Monday showing people idling on the beach, shopping, reading and surfing the internet – in other words, doing anything but voting.

At one point in the ad, two pair of bare feet appear next to each other in bed and one person caresses the other, intimating that the two have been dancing in the sheets.

The ad claimed that “the left is getting ready to take over the government” and called on voters to “bring family and friends” to cast their ballot for the right.

The final polls three days ahead of the vote show that Netanyahu and his main rival, former army chief Benny Gantz, are neck and neck, or that Likud has a small lead.

This means that whoever wins the election will likely have to make deals with smaller parties to secure a majority in parliament and be able to form a governing coalition.

During the election campaign, Netanyahu lashed out at the country’s Arab communities for what he called “widespread voter fraud” and demanded that cameras be installed at all polling stations, but lawmakers and the Central Elections Committee stymied his plans.

The prime minister/Likud leader, who is seeking a fifth term in office, has also doubled down on his pledge to apply Israel sovereignty to Jewish settlements in the West Bank and pledged to fortify Israel’s security and borders against potential enemies.

According to as yet-unconfirmed reports in local media, Netanyahu backed off a large-scale offensive in Gaza in the days leading up to the election, and his national security advisor told the Elections Committee to prepare for the possibility of postponing the vote due to war.