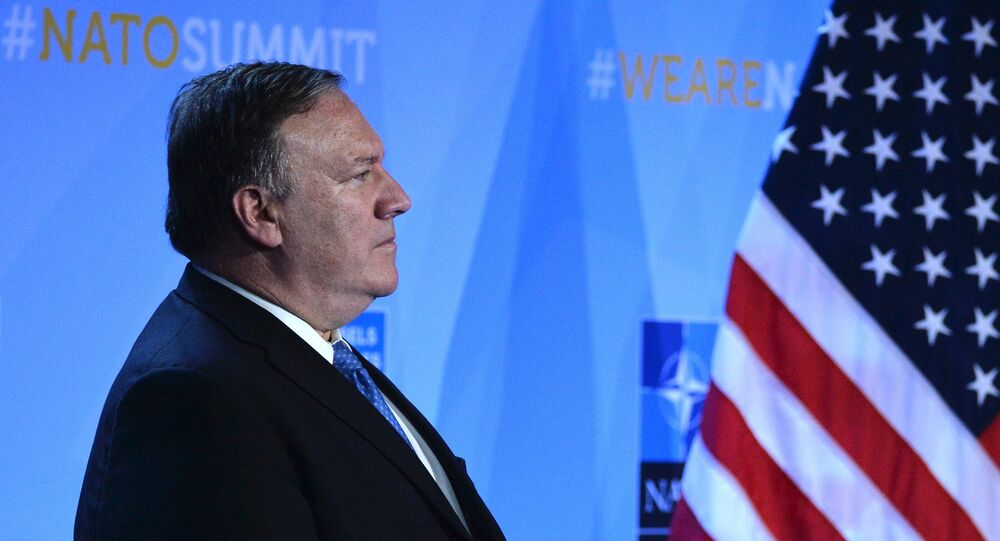 The Trump administration declined on Sunday to rule out a withdrawal of American troops without a peace accord, which was scrapped after a terror attack resulting in the death of an American soldier in Kabul.

In an interview on Sunday, Secretary of State Mike Pompeo said that the Taliban had “tried to gain negotiating advantage by conducting terror attacks inside the country.”

“We’re going to walk away from a deal if others try to use violence to achieve better ends in a negotiation,’’ he added.

Pompeo and other administration officials left open the door to a resumption of negotiations, and so did the Taliban. But any new talks may not happen for several months, as the sides feel mutual distrust, Afghan officials said, cited by the New York Times.

Despite criticism from several fellow Republicans, including national security adviser John R. Bolton, Trump has promised to reduce the number of American forces in Afghanistan, saying two weeks ago that their numbers would come down to 8,600 from the current level of about 14,000 -  far below the 100,000 troops that were based there during the height of the war.

Pompeo laid out two conditions for a withdrawal on Sunday: that violence be reduced and that another terrorist attack on the United States from Afghanistan never be permitted.

“We’re not going to withdraw our forces without making sure we achieve President Trump’s twin objectives,” he said on NBC’s “Meet the Press.”

In an interview on Thursday at the Council on Foreign Relations in Washington, the departing chairman of the Joint Chiefs of Staff, Gen. Joseph Dunford, argued that it had been clear for years that the only lasting peace would come from some kind of political process between the Taliban and the Afghan government.

He said that his idea of a successful negotiation would be one that “reduces the level of violence” and sets up an intra-Afghan dialogue.

At the core of the tentative agreement between the United States and the Taliban were assurances from the group that it would not support international terrorist groups, and that Afghan soil would not be used for attacks against the West.

“We had the Taliban’s commitment to do that,” Pompeo said on Fox News on Sunday. “We had their commitment to break from Al Qaeda, publicly. And they would obviously have to deliver on that commitment. So we’ve made real progress, but in the end the Taliban overreached.”

Asked by Margaret Brennan on CBS’s “Face the Nation” if 14,000 American troops in Afghanistan was “where it stays for the foreseeable future,” Pompeo said that “ultimately, it’s the president’s decision.”

Military and intelligence officials cited by the New York Times said that the American forces are chiefly there to provide intelligence to the Afghans. General Dunford said Thursday that the planned reduction to 8,600 troops was based on a Pentagon estimate of how many it would take to assure that terrorist groups were not exploiting the power vacuum in the country.

Taliban Predicts Losses of American Lives, Vows US 'Will Suffer More Than Anyone Else' as Trump Cancels Secret Talks