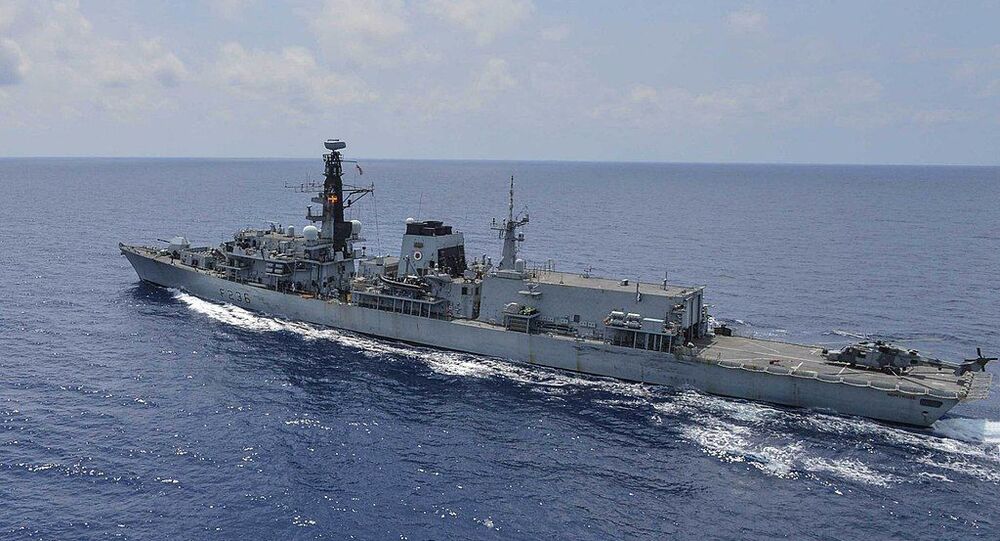 The Royal Navy has sent four military vessels to the Gulf region in a bid to ensure the security of British ships sailing through the Strait of Hormuz. The decision came soon after Tehran detained a UK tanker over alleged maritime violations.

The UK Royal Navy stated that destroyer the HMS Montrose, currently deployed in the Persian Gulf region, has had to "warn off" Iranian naval forces on a daily basis, firing "flares" on a total of 115 occasions.

"Montrose passed through the narrow gateway to the Gulf 38 times – each time observed by Iranian forces, broadcasting on radios, with drones watching every move overhead and boats often approaching with intent", the Royal Navy stated.

Commander Will King, captain of the destroyer, stated that despite the tensions between the two countries' fleets, the Royal Navy will remain in the Gulf until the mission is complete.

“The threat is there. And as long as it is, Royal Navy warships will be here to protect British shipping", he added.

London deployed four of its destroyers to the region following the seizure of British tanker Stena Impero, which still remains in Iranian port as the country's authorities investigate accusations that the ship's crew violated maritime laws. Tehran said that the ship had turned off its positioning device and collided with an Iranian fishing boat, ignoring warnings.

Stena Impero's detention came as ties between London and Tehran remain strained over the arrest of Iranian tanker the Grace 1 in Gibraltar on 4 July. The tanker was detained following a tip from the US, claiming that the ship was carrying crude destined for Syria in violation of EU sanctions. Iran slammed the UK's actions, calling them "piracy" and a violation of the Iran nuclear deal.

© AFP 2020 / JOHNNY BUGEJA
A crew member checks the new name of Iranian oil tanker Adrian Darya, formerly known as Grace 1, off the coast of Gibraltar on August 18, 2019. - Gibraltar rejected a US demand to seize the Iranian oil tanker at the centre of a diplomatic dispute as it prepared to leave the British overseas territory after weeks of detention.

The vessel and its crew have since been released, despite Washington's attempts to prevent this, subsequently changing its name to the Adrian Darya 1. Now the US seeks to arrest it again, vowing to slap any entity assisting the ship with sanctions over allegedly aiding terrorism.

IRGC Warns US, UK Ships in Gulf Are Source of Insecurity, Threat to All Neighbouring States