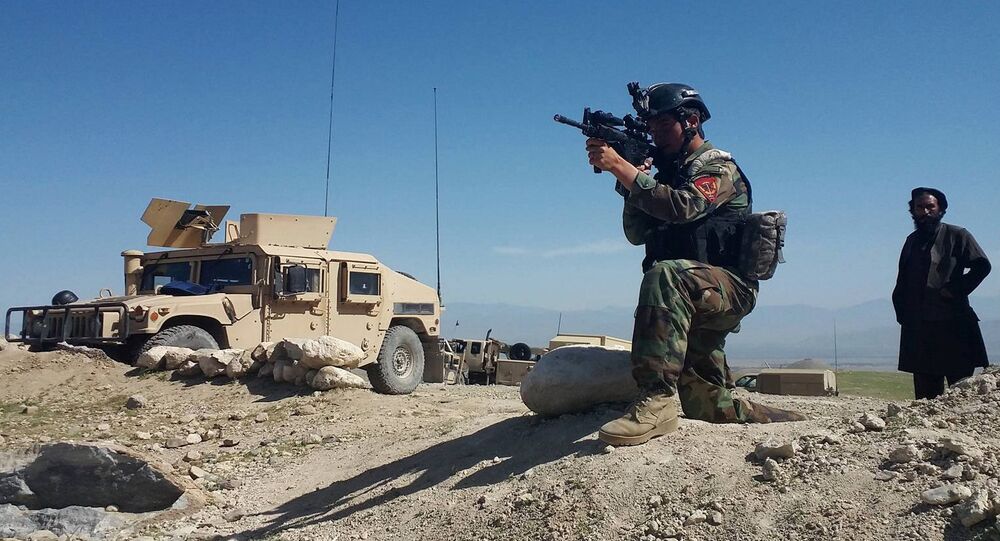 MOSCOW (Sputnik) - Russia's Deputy Permanent Representative to the United Nations earlier stated that at least 4,000 Daesh militants are currently present in Afghanistan mainly operating in the provinces of Kunar and Nangarhar.

Russia is concerned about the double standards demonstrated by the West toward the presence of Daesh* in Afghanistan, Russian Foreign Minister Sergei Lavrov said on Wednesday.

"Undoubtedly, fight against terrorism should be free of double standards... There is alarming information... that some Western colleagues have double standards in relation to this terrorist organisation banned by the UN Security Council and try to use them to accomplish their unilateral geopolitical tasks in Afghanistan", Lavrov told a press conference after talks with his Indian counterpart, Subrahmanyam Jaishankar.

The foreign minister also commented on US President Donald Trump's call on Russia and other regional powers, including India, to step up the fight against Daesh in Afghanistan.

"Fight against terrorism and drug trafficking that funds it — all of this is in the focus of our position on Afghanistan. And the goal of all our efforts, which we have undertaken in both the Moscow format and Russia-US-China format — we would like to involve other countries in the work [in this format], including India, Pakistan, and Iran  — all of these efforts are aimed at facilitating a political settlement that would be accepted by all ethnic, religious and political groups and that would be based on broad national consensus, while eliminating threat of terrorism, extremism and drug trafficking from Afghanistan", Lavrov said.

Conflict-stricken Afghanistan has long been afflicted by fighting between government troops and Taliban militants, in addition to groups affiliated with al-Qaeda*, Daesh and other insurgents.

Daesh claimed responsibility for the recent explosion at a wedding in Kabul that killed over 80 people and left another 180 injured.