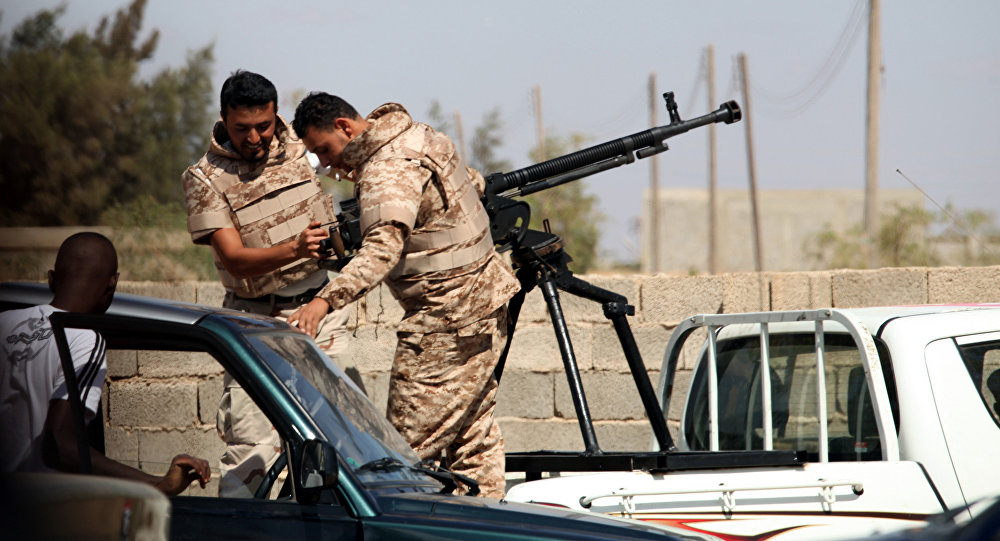 BENGHAZI (Sputnik) – The Libyan National Army (LNA), led by Field Marshal Khalifa Haftar, has begun the second stage of the offensive on the Libyan capital of Tripoli, Ali Qaidi, a member of the country's Tobruk-based parliament, said on Monday.

"The [LNA] forces are advancing on Tripoli for a new day of the Operation Flood of Dignity, that is, as part of the second phase of the military operation after the army has achieved most of its goals," Qaidi said.

Earlier in July, the LNA said that it had successfully completed the first stage of the offensive on Tripoli.

Since early April, the LNA has been engaged in an offensive to gain control over Tripoli. The UN-backed Government of National Accord has been waging a counteroffensive to prevent the LNA from capturing the city.

Libya has been torn apart by conflict since the long-time leader Muammar Gaddafi was overthrown in 2011. The eastern part of the country is governed by the parliament, backed by the LNA and located in Tobruk. The Government of National Accord, headed by Prime Minister Fayez Sarraj, operates in the country's west and is headquartered in Tripoli.