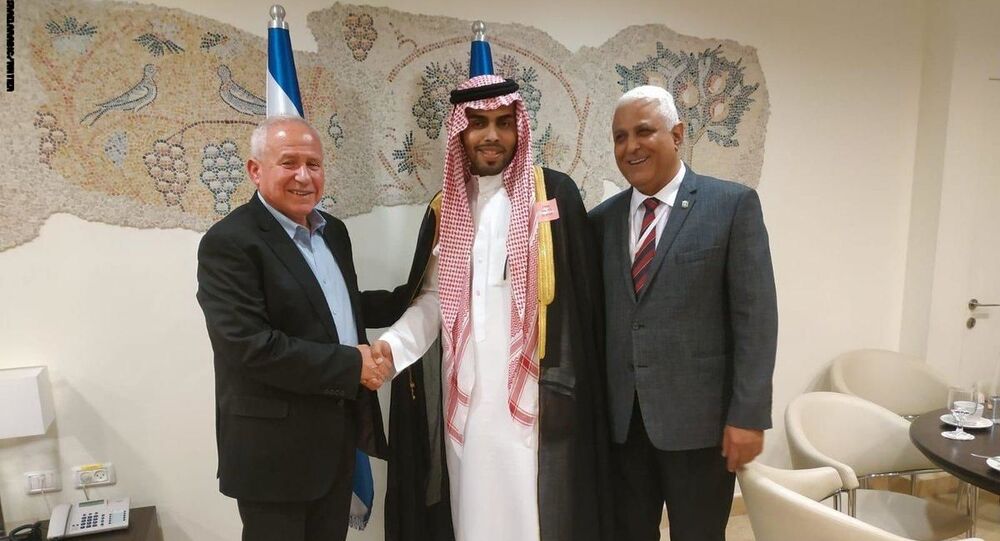 Mohammed Saud, a Saudi student and blogger, was attacked by indignant locals when he went to visit the Old City of Jerusalem as part of an Israeli Foreign Ministry-initiated mission to improve diplomatic ties with the Arab world.

Israeli police have issued an order stipulating that four Palestinians who allegedly hurled abuse and chairs at a pro-Tel Aviv Saudi blogger near the al-Aqsa Mosque compound must stay out of the holy site, the Iranian AhlulBayt News Agency (ABNA) reported.

This Pro-Israel Saudi Blogger Mahmoud Saud Was Heckled By Palestinians On His Way Into The Masjid Al-Aqsa Compound . pic.twitter.com/SXg3eiKyvz

According to Nasser Qous, the head of the Palestinian Prisoners’ Society’s (PPS) office in Jerusalem, as cited by the outlet, Israeli police summoned the four Palestinian suspects, along with two journalists and three al-Aqsa guards. A deportation order for 15 days was handed to 14-year-old Malik al-Nabulsi, while the rest were likewise prohibited from being at the site for unspecified periods of time, which could potentially be prolonged.

Saud, whose Twitter account abounds with messages of support for Israel and its prime minister, Benjamin Netanyahu, is one of the six-strong group of Arab journalists and social media personas who travelled to Israel and the Temple Mount in particular. The delegation was brought there at the invitation of the Foreign Ministry, which is poised to establish contacts with the Arab world.

Palestinians protesting his arrival labelled him “a traitor”, “animal”, and “Zionist trash”, as well as directed him to pray at a synagogue instead of a mosque, Israeli media reported. Footage shortly emerged showing a boy spitting on Saud several times, while other people can be seen hurling chairs at the blogger as he is walking through the streets of the Old City.

The Palestinians’ frenzy was harshly denounced by Israeli authorities, with a spokesman for Israel’s Foreign Ministry tweeting:

“We strongly condemn the cruel and immoral behaviour of some Palestinians near the Al-Aqsa Mosque toward a Saudi media personality who came to Jerusalem to be a bridge to peace and understanding between peoples”.

Although Israel doesn’t have any official diplomatic relationship with Saudi Arabia and the Israeli-Palestinian standoff still persists, the two countries appear to be maintaining informal ties and sealing deals off the public record.

Israel has previously admitted to having “secret ties” with some Arab states, with Netanyahu calling this cooperation “fruitful” and capable of “enlarging the circle of peace”. Also, reports have emerged of Netanyahu expressing interest in finally formalising ties between the Jewish state and Saudi Arabia, and even engaging in talks to this end.