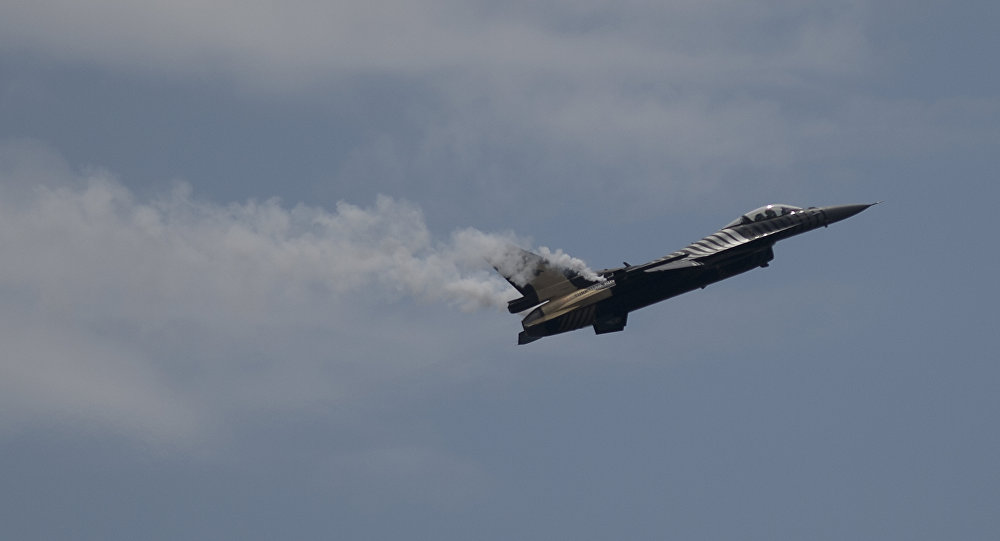 DAMASCUS (Sputnik) - The Iraqi Foreign Ministry on Saturday said in a statement that it condemns bombings of the northern Iraq's province of Sulaymaniyah by the Turkish Armed Forces that resulted in four people have been killed and four others have been wounded.

"Iraq expresses its condemnation for the two Turkish warplanes that have heavily bombarded the Sulaymaniyah Governorate, resulting in the deaths of four citizens and wounding of four others and the intimidation of innocent civilians," the statement said.

According to the statement, Turkish attacks violated Iraqi sovereignty and the principle of good neighbourliness. Baghdad urged the Turkish side to stop bombings on the country's territory.

At the same time, the press service of the Turkish military said later in the day, that the country's air forces did not carry out any military operations in Sulaymaniyah province.

"We did not conduct operations in Sulaymaniyah, we publish data on all operations that we conduct," the press service said.

The Turkish government has been fighting the Kurdistan Workers' Party (PKK), listed as a terrorist organization by Ankara and seeking to establish a Kurdish autonomy in Turkey, since the early 1980s. The PKK and Ankara agreed on a ceasefire in 2013, but it collapsed just two years later after a number of terror attacks allegedly committed by PKK militants. Turkish security forces carry out regular anti-PKK raids across the country and conduct airstrikes against the group in northern Iraq.