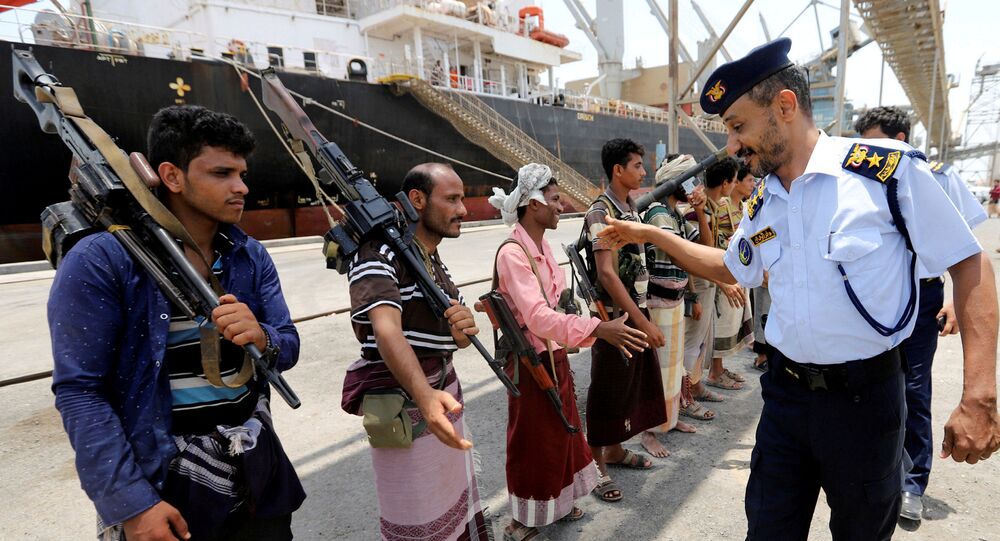 "These accusations are false. We have always said that there has been no support [for Houthis] with weapons. The only support coming from Iran to Houthis, who are part of the Yemeni people, and who have been under pressure and subject to terrible military attacks, is political and moral support", Khaji said, commenting on the communique.

On Wednesday, a Houthi missile struck a civilian airport in southern Saudi Arabia, wounding 26 people. Saudi Arabia accused Iran of being behind the attack, while Bahrain called for a firm international stand against Tehran to prevent it from supporting terrorist acts.

© AP Photo / Hassan Ammar, File
Saudi Arabia Repels 2 Drones Launched By Houthi Rebels at Military Air Base in South
At a May summit in Mecca, the Arab League issued a communique condemning the "continued firing of Iranian-made ballistic missiles" on Saudi Arabia by the Houthis and urging the international community to take a strong stand against Tehran and what it considered Iran's "destabilising activities in the region."

Yemen has been locked in a conflict between government forces, led by President Abd Rabbuh Mansour Hadi, and the Houthi rebels. A Saudi-led coalition has been conducting strikes against the Houthis at Hadi's request since March 2015.