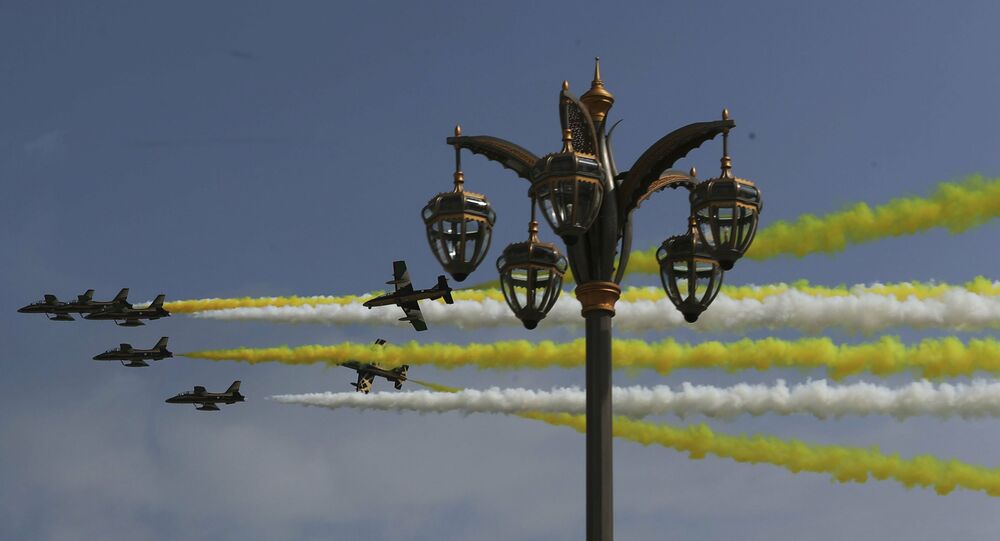 The UAE is leading an inquiry into a recent alleged attack on tankers in the Gulf of Oman, which put the blame on an unidentified state actor. The United States has accused Iran of orchestrating the attack, although no evidence of Tehran's involvement has been presented so far.

Iran's Foreign Minister Mohammad Javad Zarif has rebuked what he believes to be outsized arms imports of some Middle Eastern countries, singling out the United Arab Emirates as the country seeking to become “another Israel”.

"Three countries in the region believe they can maintain their security through their relations with the United States," Zarif said in a TV interview on Tuesday, as quoted by Press TV.

However, he added, they cannot import security from the United States because these weapons will be allegedly used to achieve the goals of Israel.

"The United Arab Emirates is spending billions of dollars on armaments and wants to be a second Israel in the region,” he said.

A report by the independent Stockholm International Peace Research Institute pegged the UAE's defence spending at $22.8 billion in 2014 (most recent available estimate), with the country being the second-largest military spender in the Middle East and 14th in the world.

According to another study by Research and Markets, the UAE annual defence expenditure averaged $23.4 billion between 2013 and 2017, and was expected to grow by nearly 150 per cent by 2023, largely due to the Emirates’ military involvement in Yemen.

The Middle East is 'the Biggest Victim'

In the interview, Zarif also said that "everything is possible" against the backdrop of tensions in the Middle East, where the US has been amassing its military presence citing an alleged threat from Iran.

"There is no difference between military and economic war," the minister said. "In the circumstances of tension, everything is possible and the region is the biggest victim."

The Trump administration has subjected Iran to crippling economic sanctions targeting its business sector and crucial energy exports. Last week, Washington introduced new sanctions against Iran’s largest petrochemical group over its presumed support for the economic arm of the Islamic Revolutionary Guard Corps, an elite Iranian force designated as a terror group by the US.

Donald Trump disrupted the fragile power balance last year when he quit from the landmark nuclear deal, negotiated between Iran and six world powers in 2015, which curbed Tehran’s nuclear ambitions in exchange for removal of tough economic sanctions.

Trump said Iran had failed to comply with the deal – despite the IAEA and Tehran stating the opposite – and re-instated the sanctions in order to pressure the Islamic Republic into signing a new agreement. The US has demanded that all countries and companies cease to import Iranian oil or risk facing the consequences of secondary sanctions.

Iran has been reluctant to yield to US pressure so far, and last month suspended parts of its commitments under the deal.

The EU signatories have set up a special purpose vehicle to help facilitate trade with Iran in circumvention of US sanctions, while the country started selling oil through unofficial channels.