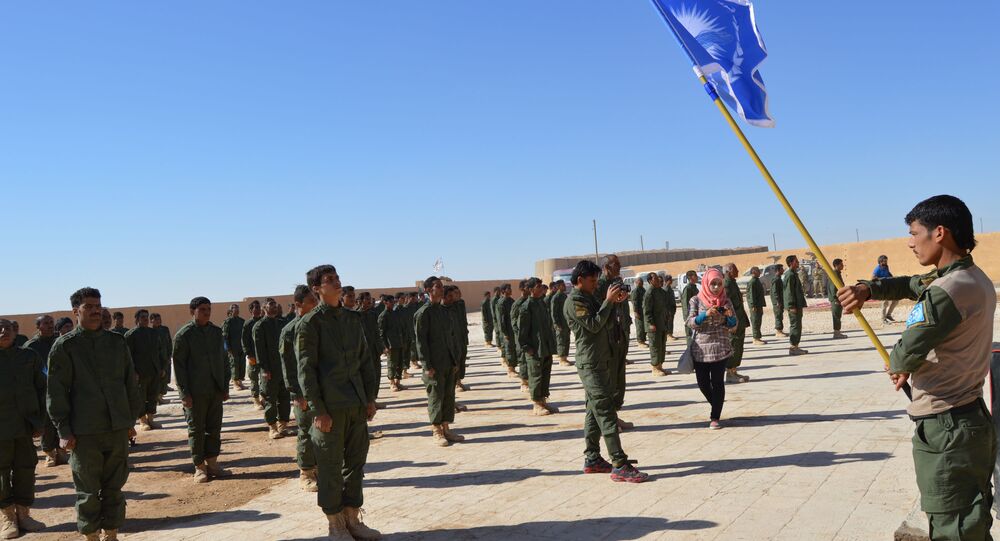 Civilians refusing to enlist are being imprisoned or executed, sparking violent protests among locals, according to reports. In the meantime, the SDF forcibly thwarted an attempt by a group of women and children trying to escape a camp in al-Hawl.

The US-backed Syrian Democratic Forces arrested approximately 200 male civilians, including children, during raids in Hasaka province of Syria between Friday and Sunday, according to Fars News report. According to the report, the detained civilians were forced to join the ranks of People's Protection Units (YPG), the predominantly-Kurdish militia that comprises the core of multinational SDF.

The raids are said to be in line with the SDF policy of forced mobilization, despite protests among the local population.

© Sputnik / HİKMET DURGUN
Kurdish-Led SDF Units Conduct Raid in North-Eastern Syria - Reports
On Thursday, SDF forces opened fire on residents of al-Hawl Refugee Camp located in southeastern Hasaka, some 15 km from the Iraqi border, according to Fars. The militants opened fire on a group of women and children who tried to escape the refugee camp due to its unbearable humanitarian conditions.

An undisclosed number of civilians died during the attack; several residents of the camp who attempted to flee were incarcerated, Fars reported citing activists in Hasaka.

The activists told reporters that the SDF imposed tight security measures around the camp, effectively taking it under siege. According to the activists, residents of the camp are in dire need of water, food and medical treatment, which can be obtained only outside the camp.

SDF treatment of civilians has sparked protests among the province's population. On Wednesday, protesters burned down several SDF security centres across the city of Hasaka, al-Watan newspaper reported. According to the newspaper, the protests began after the SDF killed a young man who resisted forced recruitment.

© AP Photo
Some 400 Refugees Depart Syria's Rukban Camp on 22 May - Russian Military
The SDF reportedly dispatched reinforcements to the region, amid the rising unrest in Hasaka.

The Kurdish forces control a large part of Syria northeast of the Euphrates plus the territory around the city of Manbij. Damascus considers the US-backed SDF illegal.

Syria has been in a state of civil war since 2011, with forces backing the country's leader, President Bashar al-Assad, fighting numerous opposition groups backed by Western states, as well as militants and terrorist organisations including Daesh — a terrorist quasi-state, outlawed in a number of countries.