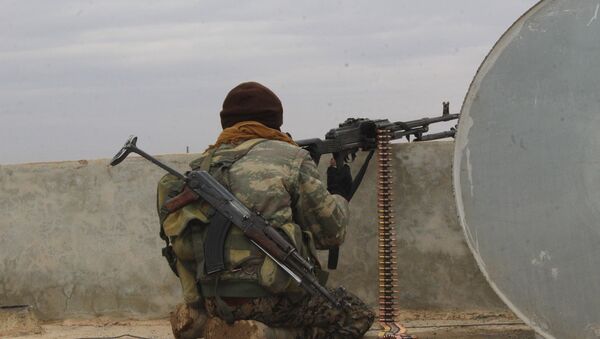 The reasons that prompted the US-backed forces to carry out actions which resulted in civilian deaths are unknown.

Militants Fire 12 Rockets at Hmeymim Air Base in Syria - Russian MoD
The SDF, which mostly consists of Kurdish troops, controls the lion's share of north-eastern Syria to the east of the Euphrates River. SDF units have been engaged in the fight against terrorists in Syria and are backed by the US-led coalition, whose airstrikes in the region have resulted in multiple civilian casualties, according to Syrian media reports. Damascus previously stated that it considers their actions illegal.

The governor of the Deir ez-Zor province said in February that the population in the region has increased sixfold since the end of hostilities in the area.

Syria has been ravaged by civil war since 2011, with government forces fighting numerous opposition factions and terrorist groups. The conflict has led to unprecedented strife among the civilians of the Arab republic and displaced millions of people.

Russia, alongside Turkey and Iran, acts as a guarantor of the ceasefire regime in Syria. Moscow has also been assisting Damascus in its struggle against terrorist groups, providing humanitarian aid to local residents and facilitating the return of refugees.