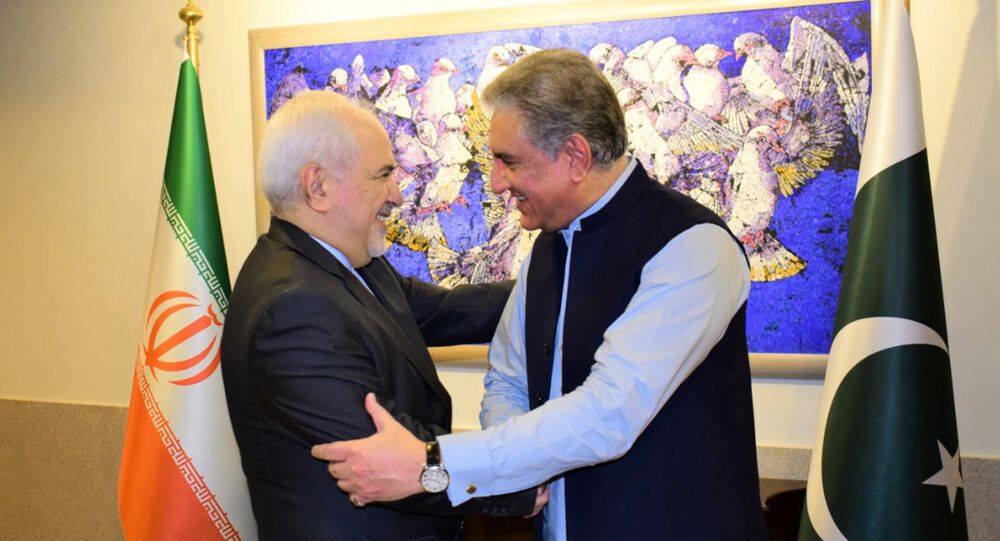 On Thursday, Iranian Foreign Minister Javad Zarif arrived in Pakistan for bilateral talks amid an escalating crisis between the United States and Iran in the Middle East and ahead of Arab League emergency meetings scheduled for next week following fears of a military conflict in the Persian Gulf.

Pakistan has expressed its desire to serve as an intermediary in talks between Washington and Tehran amid simmering tensions between the two nations.

The South Asian country's Foreign Office spokesperson Mohammad Faisal said in a press briefing that Pakistan was ready to play a constructive and positive role in this regard.

At the same time, Faisal added that Islamabad is not going to take sides in the brewing conflict between the two states.

On Thursday, upon his arrival in Pakistan, Iran's diplomat Javad Zarif said that the international community and regional powers need to resist US sanctions or otherwise witness the world fall into disorder.

The United States has also intensified its sanctions pressure on the Islamic Republic and its business partners, as well as deployed additional troops and equipment to enhance its positions in the Middle East, with the latter sparking concerns of a potentially looming military confrontation.