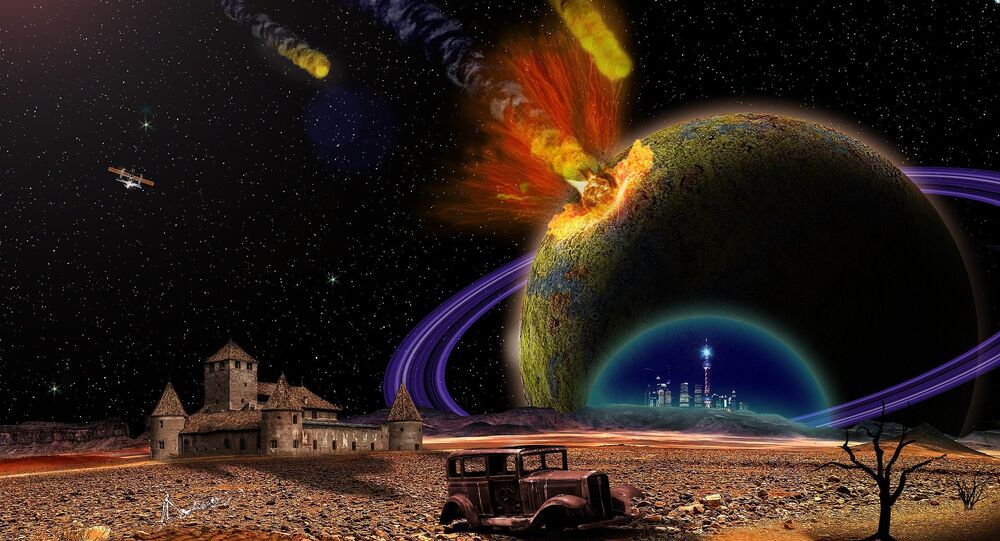 Hebrew numerology hints that the tremor felt in Israel this week marked the birth pang of the Messiah, the rabbi alleges after analysing some of the details of the quake, including its magnitude and the location of its epicentre.

A minor temblor that recently struck Israel could be the sign of the long-promised Messiah kicking in the planet's womb, believes Rabbi Yekutiel Fish, who is well-known for his apocalyptic prophecies.

An earthquake measuring 4.4 on the Richter scale was reported on Wednesday in Israel, which sits on a major fault line and where swarms of small tremors are the norm, especially in northern part of the country.

Rabbi Fish, who runs a Kabbalah blog in Hebrew, believes that the reason for the recent quake was much more mystical than simple geological activity.

He says he found the clues in ancient Hebrew numerology, gematria. In the Hebrew alphabet, each letter has a correspondent numerical value. Gematria, meanwhile, assigns a numerical value to entire words and phrases based on their letters.

"The epicentre was almost 250 kilometres off the Israeli coast," Rabbi Fish told Breaking Israel News, noting that tremors tend to move out to sea.

"This distance hints at the 270 days of gestation before birth. The gematria of הריון (pregnancy in Hebrew) is 271, the completion of the 270 days of gestation and the beginning of the birth process. It was located off the coast of Hadera, which is Heder (room) of 'Yah' (God). The sages refer to the womb as the 'room of God.' The quake measured 4.4 on the Richter scale which is equal to the gematria of 'dam' (blood), which is 44."

"The earthquake on Wednesday marked the end of the waiting period," the rabbi was quoted as saying. "It was the official day of the beginning of the birth of the Messiah."

Both in Christian and Judaic eschatology, natural disasters are part of end-time prophecies. While in Christianity these events are believed to be leading up to the Second Coming of Jesus and his battle with the Antichrist, the Hebrew Bible says that quakes will destroy Israel's enemies during the Battle of Gog and Magog, which will precede the advent of the Messiah.

"The entire world will be judged before the Moshiach (Messiah)," Rabbi Fish said. "Nature will change, be less normal, because God will be guiding it in a more direct manner."

"This will be especially true during the War of Gog and Magog," he said. "The war will be unique in that it won't be simply a war between countries. God will play a major role via nature, through natural disasters."

The rabbi apparently believes that Israel will avoid destruction by the grace of God: "Even now, we see hugely catastrophic earthquakes, volcanoes, and hurricanes around the world," Rabbi Fish said. "Here in Israel, the earthquakes are very mild. That is because Israel has the protection of the tzaddikim (righteous), living and dead, revealed and hidden."

This is not the first time Rabbi Fish has connected a natural phenomenon with Biblical prophecies. He previously claimed that the supermoon eclipse that occurred on 20-21 January was a sign of the Messiah coming to Earth.