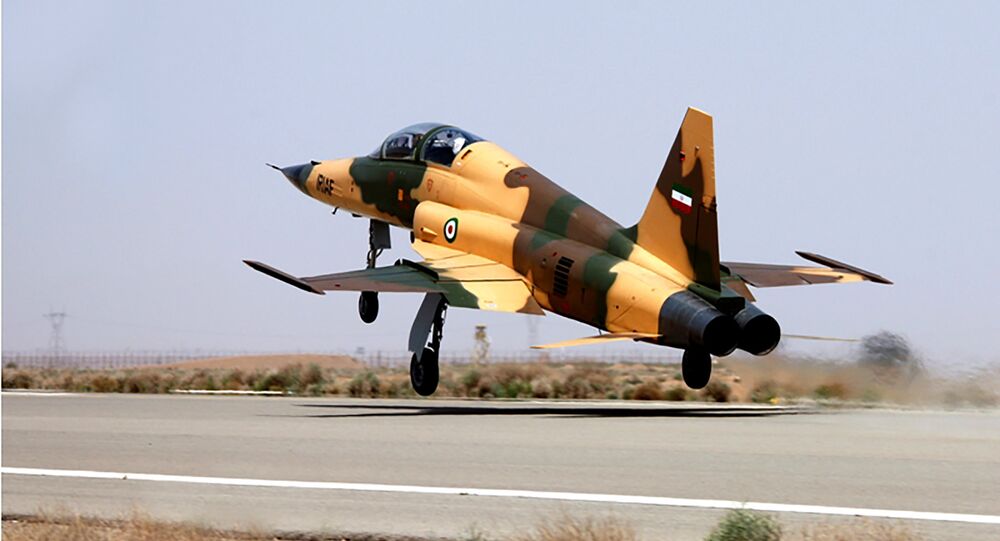 WATCH Iran Show Off Military Might, Homegrown Tech at Parade Amid US Tensions

Iran celebrated the 40th anniversary of the creation of the Islamic Republic's Armed Forces on Thursday, with parades held across the country and the largest taking place in Tehran.

Speaking at the parade, President Hassan Rouhani condemned the US' hostile behaviour toward Iran, calling the recent move to list the Islamic Revolutionary Guard Corps as a terrorist organisation "abhorrent" and an insult to the nation.

© AFP 2020 / HO / KHAMENEI.IR
IRGC General Soleimani’s Instagram Page Blocked After US Blacklisting
"I want to tell the regional countries that the armed forces of the Islamic Republic of Iran are not against you and your national interests. They stand against invaders," Rouhani said. "The region's nations have lived alongside each other for centuries and never had a problem…If there is a problem, it is caused by others," he added, referring to the US and Israel.

Relations between Iran and the United States deteriorated to their lowest levels since the 1979 revolution last May, when President Donald Trump unilaterally withdrew the US from the 2015 Iran nuclear deal and enacted a series of tough restrictions aimed at damaging Iran's economy and seeing its lifeline of oil exports drop "to zero." On Tuesday, Iran's parliament ratified a bill designating the US Central Command, the military command responsible for the Middle East and Central Asia, as a terrorist organisation, in response to the US' IRGC designation.