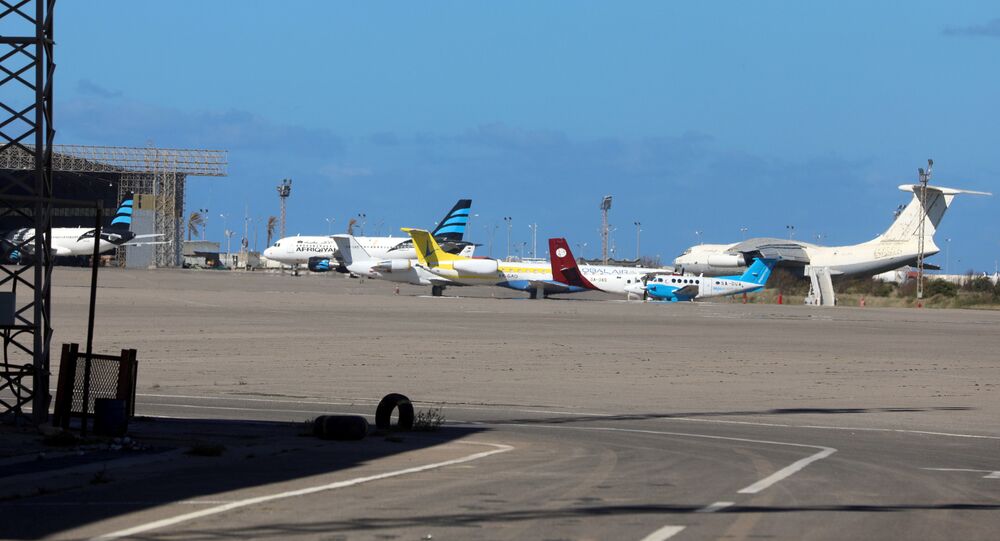 TRIPOLI (Sputnik) – The Mitiga International Airport was partially reopened on Tuesday after the Monday airstrikes on it carried out by the Libyan National Army’s (LNA) headed by Field Marshal Khalifa Haftar, the Libyan Civil Aviation Authority said.

“The Civil Aviation Authority ordered to open the airspace over Mitiga and resume night flights from 7:00 p.m. [17:00 GMT] up to 7:00 a.m. until further notice”, the body said on its Facebook page.

The airport was closed following the incident.

© AFP 2021 / Abdullah Doma
Number of Displaced People in Libya’s Tripoli Reaches 3,400 - UN Agency
For years, Libya has been split between the two governments: the eastern part of the country is controlled by the parliament elected in 2014 and backed by the LNA, while the UN-backed Tripoli-based GNA governs Libya's western parts.

On Thursday, Haftar ordered an offensive to retake Tripoli from the GNA-backed forces.

The LNA has already recaptured a number of settlements on its way to the capital, including the Tripoli International Airport, located around 20 miles away from the capital. The forces loyal to the GNA announced a counteroffensive on Sunday, dubbed Volcano of Rage, to repel the National Army.