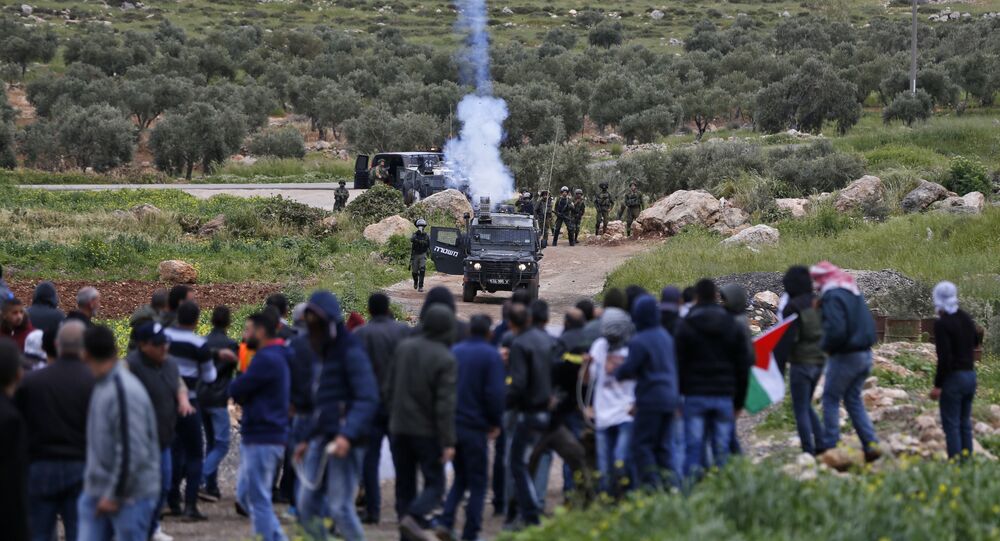 Earlier, the Israeli prime minister hinted that he may annex the West Bank’s Area C, which is fully controlled by Tel Aviv. He also announced that he had told US President Donald that in his opinion, all settlements in the West Bank "must remain under Israeli sovereignty".

Israeli Prime Minister Benjamin Netanyahu has announced that he is going to extend Israeli sovereignty over settlements in the occupied West Bank territories if he wins another term in the upcoming elections, which are set to place on 9 April, Reuters reported.

"You are asking whether we are moving on to the next stage — the answer is yes, we will move to the next stage. I am going to extend [Israeli] sovereignty and I don't distinguish between settlement blocs and the isolated settlements", he said in an interview with Israeli Channel 12.

Speaking in an interview with Channel 13 on Friday, Netanyahu said that in his opinion "all the [West Bank] settlements must remain under Israeli sovereignty" and that he had forwarded his position to US President Donald Trump. When asked whether he believes Trump would recognise the move, the Israeli prime minister said to "wait until the next term".

"I promise that you will be surprised. I cannot talk about the plan, but [US President Donald] Trump is a big friend and I doubt there will ever be any bigger friend than him", he said durinng an interview with Hebrew-language daily newspaper Israel Hayoum.

Since the inauguration of President Donald Trump, the US has made several moves in support of Israeli territorial claims. First, Trump recognised Jerusalem as Israel's capital and moved the American Embassy there from Tel Aviv, where most diplomatic missions are located, in May 2018.

Later, on 25 March, the US recognised Israeli claims over the occupied Golan Heights, where Tel Aviv recently held municipal and local elections. Both recognitions were widely condemned by the international community and the UN, but welcomed by Tel Aviv.

The move of the US Embassy to Jerusalem also sparked protests at the Gaza border, which have been ongoing for over a year on a weekly basis. The protesters have regularly clashed with Israeli forces on the border, leading to hundreds of casualties during the course of the rallies. Tel Aviv has denounced the protests, claiming that they are organised by Hamas to covertly attack Israel.