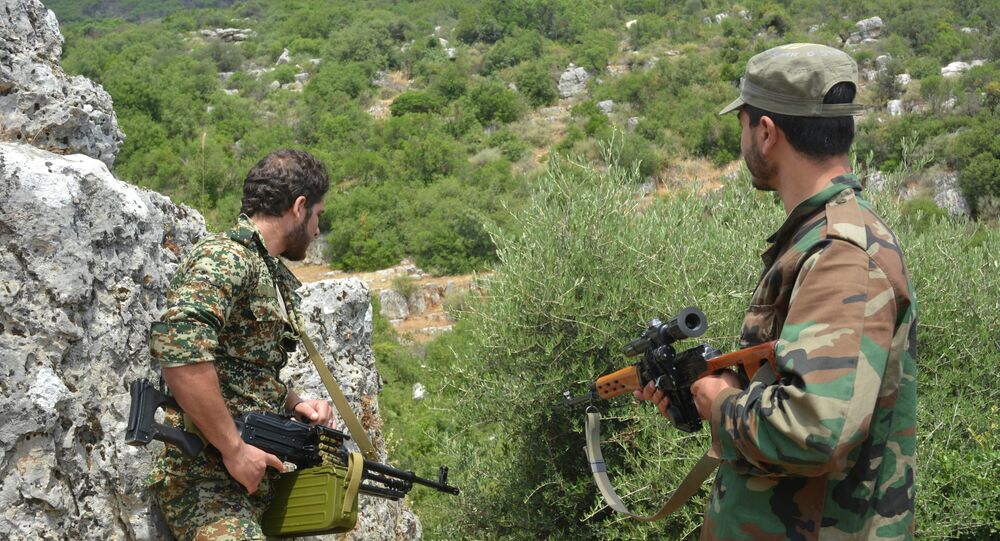 A terrorist attack earlier this week on a city in the Syrian province of Hama left one civilian dead and five more injured.

The Syrian army repelled a massive terrorist attack on its positions in the north of the Hama province on the border with Idlib in the early hours of Sunday, with several soldiers killed and injured, Syrian state television reported, citing a military source.

"Terrorist groups attacked our positions at 1:30 am local time (11:20 pm GMT) after a weapons training in the north of Hama Province", Syrian TV says, quoting its source.

According to reports, the militants used bad weather conditions to successfully attack the area.

"Our forces heroically repelled the attack the attack, killed several militants and destroyed their equipment and weapons. Several of our soldiers have been killed and several injured as a result of the attack", the source added.

The Syrian Armed Forces' General Staff intends to continue to resist militant attempts to penetrate the positions of the army, he added.

© REUTERS / Omar Sanadiki
Militants Shell 4 Settlements in Syria's Aleppo, Hama Provinces - Russian MoD
Idlib is one of the Syrian areas where terrorists and militants, particularly those who are part of the Jabhat Nusra terror group (banned in Russia) or affiliated with it, are active. Moreover, thousands of militants have been transported to the province from other Syrian regions under deals with Damascus.

In late February, Bouthaina Shaaban, political and media adviser to Syrian President Bashar Assad, said in an interview with Al Mayadeen broadcaster that the Syrian leadership had decided to retake the Idlib province under its control and was discussing the time frames and ways to implement this decision.

On September 17, Russian President Vladimir Putin and his Turkish counterpart Recep Tayyip Erdogan signed an agreement on setting up a demilitarized zone in Idlib along the contact line between the armed opposition and the government forces.